What a combination. Independent wrestling can be a fascinating place as you almost never know what you are going to see. You could find a combination that you would never see in mainstream wrestling but it winds up being a nice mixture of talented people. Some of these can absolutely take you by surprise and that might be the case again after a new pairing took place this weekend.

While independent wrestling can offer a lot of fresh faces, there are also several names who you might have seen before. A good chunk of these names come from WWE as the company has had several wrestlers come and go over the years. That can make for some interesting ways to go when wrestlers leave the big time and now we have seen two rather surprising names come together.

A surprise pairing. Check out who appeared together over the weekend:

Former WWE stars Big Cass and Melina appeared together at an SWE Fury event in Canton, Texas on Saturday night. Cass appeared as a masked man to attack two wrestlers, with Melina appearing as he unmasked. Melina was advertised for the show but Cass was not. It is not clear if this is a one off teaming or a new regular pairing. This comes less than a month after Cass made a surprise return to wrestling at a show in Georgia.

Opinion: This is one of the things that I love about watching independent wrestling. Sometimes you get a random pairing like this which comes out of nowhere and might be interesting. I have no idea if Cass is going to hang around this time but it’s nice to see someone getting another chance. The team could work out well enough and it’s not like random pairings like this haven’t worked well before. 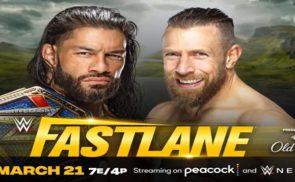