Welcome back. We are less than three weeks away from WrestleMania 37 and that means it is time to really hammer home the card. A lot of the card has already been set in stone and several of the matches can probably be guessed from here. That still leaves WWE some work to do though, as they are going to have to come up with a few ways to set up the matches they have planned. One such move likely took place at Fastlane.

One of the longer running feuds in WWE at the moment involved Randy Orton and the Fiend. The two have been feuding since late 2020 and continue to do so despite the Fiend having not appeared since Tables, Ladders And Chairs in December when Orton lit him on fire. Alexa Bliss has fought Orton in Fiend’s absence but a Fiend vs. Orton match at WrestleMania seemed likely. Now we have the bigger part of the build out of the way.

Well that was creepy. Check out a major return: 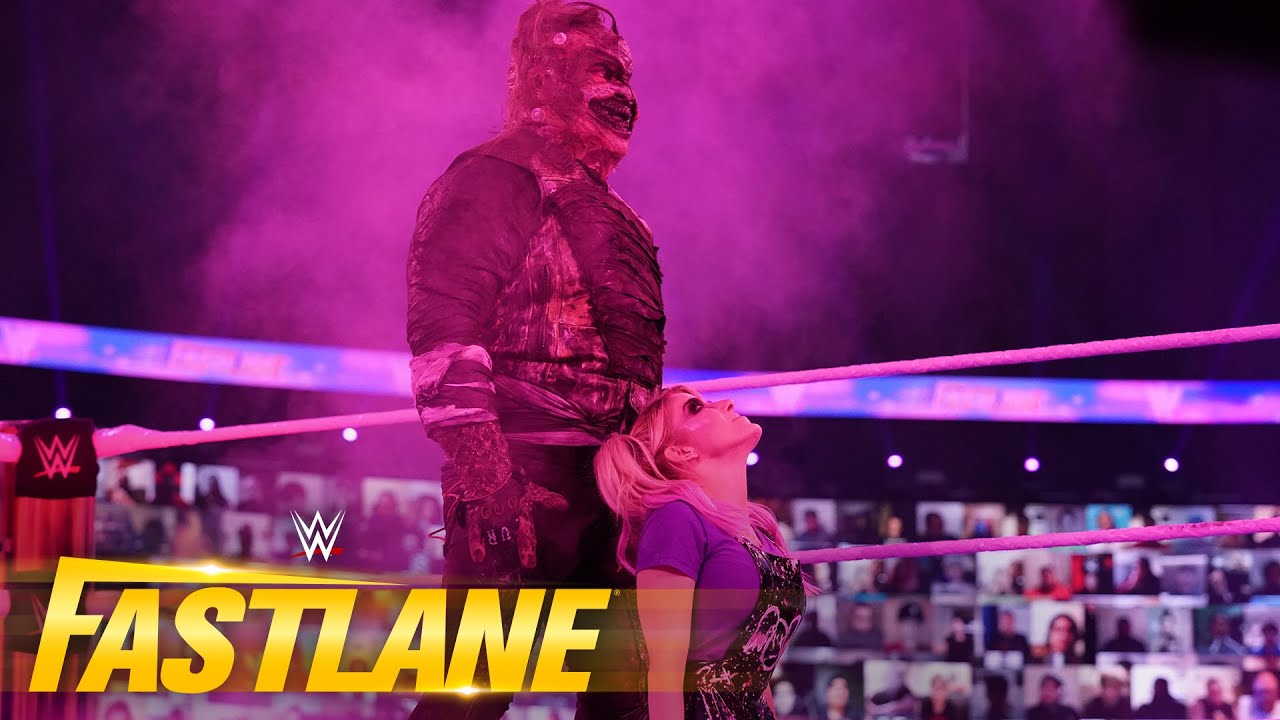 During this weekend’s Fastlane pay per view, the Fiend returned during Orton’s match with Bliss. Late in the match, the ring mat cracked open and a charred glove appeared. The Fiend rose up out of the ring and confronted Orton, with Bliss dropkicking Orton into a Sister Abigail, allowing Bliss to get the pin. Fiend’s attire, including his mask, were burned, with parts of his face showing.

Opinion: I don’t know how much of a surprise this really was but it was certainly effective. The Fiend vs. Orton is not going to have universal appeal but they have a story that has been built up over time and will serve both of them well at WrestleMania. I’m not entirely sure what they are going to do there, but the match itself could be interesting if they are allowed to do it right.