And thus, a hint. Back on April 15, WWE released dozens of wrestlers out of nowhere. With so many names being gone in a hurry, the question instantly became where a lot of the people would go. It was clear that some of them would be getting jobs somewhere, but it wasn’t clear where those jobs would come. One company is certainly teasing the idea though, and now they are teasing it even more.

Earlier this month, Impact Wrestling aired its first promo for Slammiversary 2020, which will air on July 18. The video showed someone in a hoodie, watching a clip of WWE wrestlers being released. It went on to suggest that some of these wrestlers would be appearing at the show, with various clips being shown of the released wrestlers’ time in Impact Wrestling. A new video has aired and given us another clue.

This week on Impact Wrestling, a new video aired, again featuring the unidentified man in a hoodie. After watching another clip, a voiceover said that at least one former World Champion would be appearing at Slammiversary. Clips of Kurt Angle, EC3, Chris Sabin, James Storm, Eric Young, Mr. Anderson, Austin Aries and Bully Ray then aired, along with various other released stars during their time in Impact Wrestling. This came after EC3’s music had played during the show.

Who do you think it is? Check out the clip as it aired:

Opinion: They’re doing an interesting job of capitalizing on the unique opportunity that they have here and that’s a good thing. Impact Wrestling doesn’t get a chance like this every day and they are smart to go after it while they can. Any company can always use some fresh faces and if it happens to be someone with a resume in the company, they can get an upgrade.

Who will return at Slammiversary? Who do you want to return? Let us know in the comments below. 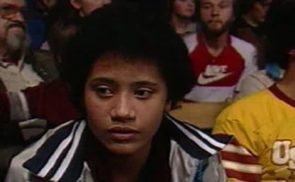