Respect is shown. There have been a lot of feuds in wrestling over the years and they can end in a few different ways. Many of them end in some form of respect being shown though, as sometimes the wrestlers have beaten on each other so much that they share some form of a bond. That seems to be the case again as a rather violent feud may have come to an end.

NXT has had very few stars as successful as Tommaso Ciampa. After winning practically everything there is to win in NXT, Ciampa has little more to do than have one personal feud after another. This can make for some very good moments as Ciampa knows how to make fans care about everything he does. It was the case again with his latest efforts, and now he might even get an additional chance out of the whole thing.

What do you know about that? Check out what happened after this week’s NXT: 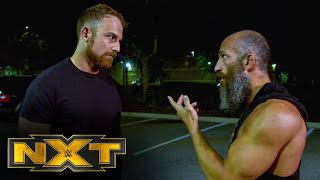 This week’s NXT featured a main event of Timothy Thatcher defeating Ciampa in the second ever Fight Pit match. Thatcher defeated Ciampa via submission, but WWE has released a video of Ciampa catching up to Thatcher in the parking lot after the show. Ciampa asked why Thatcher let him go as soon as he submitted in the Fight Pit, with Thatcher saying he respected Ciampa after their match. Upon hearing this, Ciampa said he heard there was an opening for a team in the Dusty Rhodes Tag Team Classic, but Thatcher did not give an answer. The spot came open after Ashante Adonis was injured by Karrion Kross.

Opinion: This is something that could go rather well as neither of them has anything to do at the moment. It also fits well as they split their matches and Thatcher would appreciate someone who can stand toe to toe with him. I’m not sure if they would win the whole tournament, but they would certainly be an interesting option. It’s certainly better than having match after match for no apparent reason. 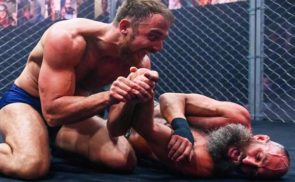