Maybe not? There are all kinds of people needed to make a wrestling show work and some of them are a lot more prominent than others. Some of those people are going to get more attention than others and some of them are only going to appear every now and then. One of each had a bit of an interaction this week and it did not exactly go as well as it could have.

Dana Brooke lost to Shayna Baszler this week on Monday Night Raw. During the match, broadcaster Corey Graves, referring to Brooke, spoke about how he was always willing to let wrestlers develop, but eventually you have to cut your losses. He went on to say that Brooke had all of the tools but had not put everything together yet. Brooke seemingly responded to Graves via Instagram stories, talking about how she would not respond to everyone and that you cannot throw rocks at every dog that is barking at you. There is no word on if this is the beginning of a storyline between the two.

Dana Brooke apparently responding to the shots taken at her on #WWERaw commentary (via Dana's IG stories) pic.twitter.com/h5y5h996y0

There was a lot to this. Check out Graves’ commentary and some of Brooke’s better time: 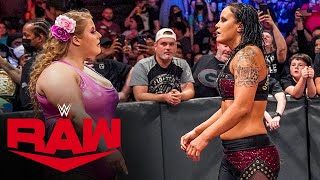 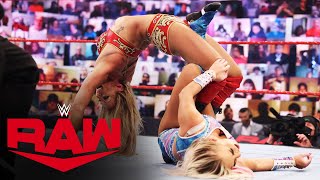 Opinion: I’m not sure what is going on here but I’ve been a fan of Brooke for a long time. I get the feeling that she is trying her hardest out there and she is trying to do something to make herself better. That is the kind of thing you do not get to see very often and I would like to see her getting a chance to do something better. At the same time, it would be nice to not have commentary insulting everything she does.

What do you think of Brooke? Will this go anywhere? Let us know in the comments below.