VIDEO: It Comes With The Territory: AEW’s The Young Bucks Start A Huge Superkick Party On The Big Stage

It comes with the territory. AEW is one of the greatest phenomenons in wrestling history as they debuted about eight months ago and have already become the second biggest wrestling company in the country. They have shaken up everything with a near cult of personality and that means they are going to be able to do some cool stuff. That was on display on Tuesday.

I know the Young Bucks might not be the most popular wrestlers in the world for a lot of fans. There are a lot of fair criticisms for them but there is one thing you can’t take away from them: they have some incredibly loyal fans and the team can get a crowd going in a variety of ways. A lot of that is in the form of the Superkick Party and a lot of new fans got invitations at the same time.

The Young Bucks were guests at the Memphis Grizzlies NBA game before Dynamite takes place near Memphis, Tennessee on Wednesday. During the course of the game, the Young Bucks superkicked a variety of people in a Superkick Party as a segment for the crowd during a break. This week’s Dynamite will be featuring a tribute to Memphis wrestling as a special attraction.

It was quite the superkick. Check out a little sample:

Opinion: I’m not sure how much the fans cared but that’s the kind of reaction that a lot of wrestlers have gotten at several mainstream sports events over the years. It’s cool to see wrestlers getting this kind of attention and even if might not have been the most successful deal in the world, the Young Bucks were allowed to be there and that is more than anyone outside of WWE can say.

What did you think of the segment? What will it take to get AEW on a higher level? Let us know in the comments below. 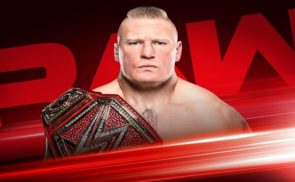 The Best For The Beast: Brock Lesnar To Receive A Unique Honor For A Major Career Accomplishment

That’s Some Good News! Major Update On Ruby Riott’s Injury Status And Return To The Ring