That’s the big one. Celebrities have been a big deal in wrestling since wrestling went mainstream and it is easy to understand. Wrestling is presented as real, so what happens when an actor or musician or another athlete gets involved? It can be interesting to see what happens and it makes sense to do something like this every now and then. The now is the case this time.

Back in 1998, Mike Tyson showed up in the WWF and, upon his debut, got in a shoving match with Steve Austin. This eventually led to Austin vs. Vince McMahon, setting off one of the biggest wrestling feuds of all time. Tyson was a huge star at the time and just over six months off biting Evander Holyfield’s ear. He was one of the biggest deals in sports, so of course he should be put in a wrestling ring again. Twenty two years later.

This week on AEW Dynamite, Tyson and Chris Jericho got in a pull apart brawl with wrestlers and various members of Tyson’s entourage breaking it up. Jericho called Tyson out due to an incident between the two of them on an episode of Monday Night Raw on January 11, 2010. There is no word on a potential match between Tyson and Jericho, though it seems to be a possibility.

It took some time to get here. Check out what set Jericho off and the brawl itself:

Opinion: This one is going to get people talking, but I’m not sure if this is going to be in the right way. The ending segment felt almost identical to the Tyson/Austin segment back in 1998 and now it’s 22 years later. Tyson is 53 years old and Jericho is not far behind. That’s a little much and I’m not sure how well this is going to go. I’m sure it’s going to be entertaining and unique enough, but this might not be so well received.

What will happen with these two? How will the eventual match go? Let us know in the comments below. 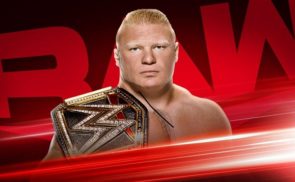