It’s kind of famous. There are certain moments in wrestling that are just different from the rest, as you know that you are seeing something that is going to cause some changes. These might not always be for the best, but you know them when you see them. That was the case with a certain moment about eleven years ago, and now we are seeing it recreated in a lighter mood.

Back on June 7, 2010, the group that would become known as the Nexus made its WWE debut, attacking John Cena and CM Punk. A near riot broke out, which included Bryan Danielson choking ring announcer Justin Roberts with his necktie. This was seen as a step too far, and Bryan was released from the company, eventually returning in August. Following this week’s edition of AEW Dynamite, Danielson and Roberts got in the ring and recreated the scene, with Danielson threatening to choke Roberts again if he ever called Danielson Daniel Bryan again.

This was quite the moment. Check out the original brawl, the recreation, and some other ring announcer violence: 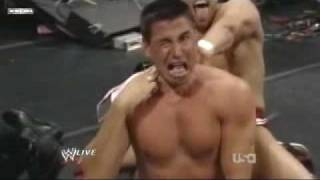 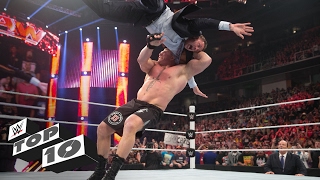 Opinion: It’s one of those moments that might not be the nicest in the world, but ultimately it is a moment that seems to have been a bit overblown. It was also eleven years ago, which thankfully means that everyone has moved on. Hopefully it is the kind of thing that no one brings up again, as getting to do something like this is a rather funny callback to something that shouldn’t have been a bit deal in the first place.

What did you think of the reenactment? What should Danielson do next in AEW? Let us know in the comments below.

Several WWE Releases May Be Due To Coronavirus Vaccination Status