That’s one way to go. There are all kinds of stories to tell in wrestling but there are some which you see more often than others. That can make for some tried and true stories over the years, but promotions keep coming back to them for a reason. It seems to be the case again at the moment, as we are seeing a classic angle played out all over again on national television.

Indi Hartwell proposed to her new boyfriend Dexter Lumis during this week’s edition of NXT. The two have been a couple for two weeks and went on their first date during last week’s edition of the show. Following a win in a mixed tag team match during this week’s show, Beth Phoenix whispered some advice to Hartwell, who then pulled out a ring and proposed, with Lumis accepting. There is no word on when the wedding will take place.

It was a long road to get here. Check out how it went down: 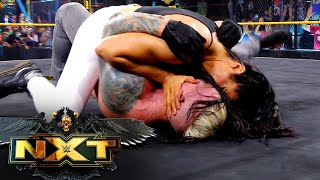 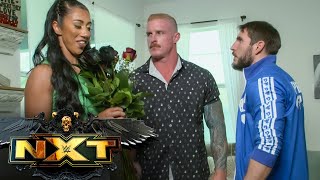 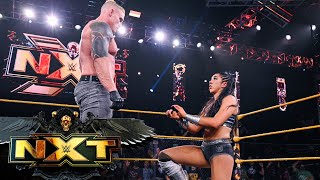 Opinion: This is one of those angles that has worked for the better part of ever in wrestling and it is likely to work well again this time. Hartwell and Lumis have gone from little more than a weird idea to one of the better things going in NXT today. I’m curious to see where the story goes from here and hopefully we get to see a cool resolution to the whole thing. There are a few ways this could go, and that is always a nice situation to have.

Interesting Reason Keith Lee Has Not Been On Monday Night Raw

Another NXT Star Not Cleared To Wrestle, Pulled From This Week’s Show