Video: Baron Corbin Cashes in Money in the Bank on “Smackdown”

Well that’s a shock. The Money in the Bank briefcase has an interesting relationship with fans. Some see it as a great way to shake things up and others see it as an annoying idea that keeps floating around and hanging over the heads of the World Title while being used as a way to elevate someone way above a level they should be at. It turns out we won’t have to worry about the men’s version for a long time.

This week on “Smackdown Live”, Baron Corbin cashed in his Money in the Bank contract. Here’s what happened:

Opinion: I could not be happier about this. Since Shinsuke Nakamura became #1 contender to Mahal’s title, there has been the threat of Nakamura winning the title and having Corbin cash in to win the belt a few minutes later. That’s no longer a threat and it’s such a nice relief. I’m not a fan of the briefcase whatsoever so getting rid of it for nearly a year feels great.

Do you like Corbin losing? Does Nakamura take the title on Sunday? Let us know in the comments below. 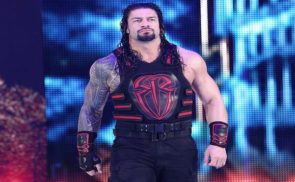 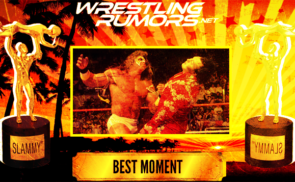