There’s no nice way to say this. There are certain things that are going to take down anyone’s career no matter what kind of a star they are. Some things are just more important than wrestling and they deserve the attention that they get. At the same time, these are the kinds of things that need to be investigated in full and there is a good chance that will happen here.

Velveteen Dream is one of the fastest rising stars in all of NXT. His unique blend of athleticism, mannerisms and pure charisma make him someone you can’t take your eyes off of and he looks primed to go after the NXT Title. However, he also has to follow the same rules as everyone else and if one of those rules has been broken, his career could be hitting a wall in a hurry.

According to Wrestlinginc.com, an underage Reddit user has accused Velveteen Dream of sending her and her friends explicit photos without her consent. Velveteen Dream has responded to the claims, saying that he sent no inappropriate photos, but a private photo of his was sent without his permission or knowledge. WWE has not commented on the situation.

Be assured I did not communicate inappropriately with anyone. A private photo of mine was shared without my consent or knowledge and I am working with a third party to look into this matter.

Celebrating Velveteen Dream might not be appropriate at the moment. Check out some dream matches instead:

Opinion: This is something that needs to be treated very carefully as it could get Velveteen Dream in a lot of trouble if it is true. There is always the possibility that the story is false or that Velveteen Dream was hacked or something like that, meaning the situation requires and deserves an investigation. It is a rather serious situation and if it is true, his career is all but finished. Hopefully it is not true, but it is something that needs to be looked at thoroughly.

If this is true, what does it mean for Velveteen Dream? If it is not true, what is next for him? Let us know in the comments below.

When Will AEW Be Going Back to Producing Live Shows? 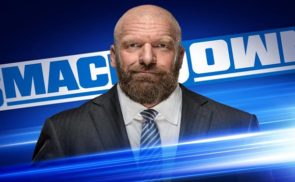