That’s some dedication to the idea. Every now and then, you find a wrestler that you know is special. You don’t find someone like this very often but when you do, it is one of the most important things around. WWE has a small handful of them, and Daniel Bryan might be on top of the list. However, his future is in a bit of question at the moment and now it is even more confusing.

The main event of last week’s SmackDown say Bryan unsuccessfully challenge Universal Champion Roman Reigns. As a result of the loss, Bryan is now forced to leave SmackDown for good. It is not clear where he will be wrestling next, though his official WWE.com profile has since been moved to the Alumni section. There is no word on when Bryan will be back on WWE television.

Opinion: I’m not sure where Bryan is going next but one of the good things about WWE is the fact that it has so many different places for its wrestlers to go. Bryan could go to Monday Night Raw or either NXT, or maybe even to something else for a surprise. I’m curious to see where he goes though, because he can make any show all the better just due to pure talent.

Where do you think Bryan will go? Where do you want him to go? Let us know in the comments below. 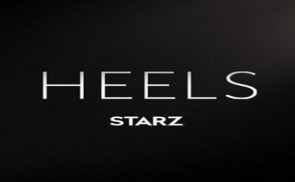 WWE RUMOR: SmackDown May Be Shopped Around Soon