So that’s where he went. AEW has quite a few factions throughout their roster but the Dark Order has been one of the most prominent. They have been around since the beginning of the promotion and have come a long way in their time together. Things picked up quite a bit when Brodie Lee was revealed as the team’s Exalted One but now things have slowed down a bit and now we know why.

Lee has been the big change that the team was looking for as the Dark Order needed a major star. He would go on to win the TNT Title from Cody in a complete destruction, but Cody would be back in a few weeks. This set up a huge rematch with Cody winning the title in a Dog Collar match on October 7. However, Lee has not wrestled since then and there is a reason for that being the case.

Dave Meltzer posted on the Wrestling Observer Newsletter Board that Lee has been missing due to an ankle injury. It is not clear when Lee was injured either before, during or after the Dog Collar match. There is also no word on the severity of the injury or how long Lee will be out of action. Lee has neither wrestled nor appeared in person since the October 7 edition of Dynamite.

It was a heck of a fight. Check out the Dog Collar match:

Opinion: This at least explains something as Lee is quite the star and has just been gone for over a month now. I’m not sure when Lee is going to be back but he has done well enough while he is around to let him have his spot back as soon as he is healthy. If nothing else, you don’t want your monster limping after a loss, so it makes sense to leave him off television until he is ready to go.

What do you think of Lee? What should he do when he is back? Let us know in the comments below. 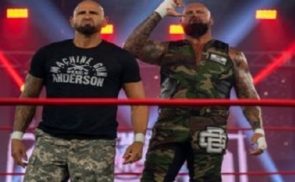 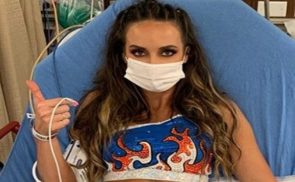