Last week, Zelina Vega was released by WWE, at least in part due to the company’s new rules involving third party platforms. Vega has not been pleased with the rules, especially when it comes to her Twitch stream and WWE finally let her go after she opened an OnlyFans account. This made things more complicated for Aleister Black, who still works for WWE. Black has not been seen lately, but now we know a bit more about what he has been up to.

Earlier this week, a rumor came out that Black had requested to return to NXT but had been turned down. According to the Wrestling Observer Newsletter, Black did not directly ask to be sent back to NXT but rather floated the idea around with no one showing interest in making the move. Black has not wrestled a match since the October 12 edition of Monday Night Raw.

Black is worth another look. Check out what WWE is leaving on the sidelines:

Opinion: I’m not sure what to make of this but at the end of the day, if WWE is not willing to let Black wrestle on television, why not send him back to NXT where he is a legend? Then again, there is also the chance that he is being put on the sidelines because of Vega and if that is the case, logic is out the window. There is always the possibility that WWE has nothing for him, but that is almost hard to believe given what Black has shown he can do.

What do you think of Black? When will he be back on TV? Let us know in the comments below. 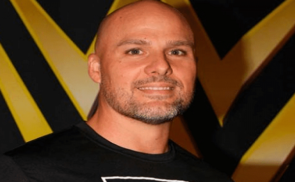