He’s kind of important. While it has only been around for a little over a year and a half, AEW has certainly made a big splash in the wrestling industry. When the company got started last year, their big appeal was the incredibly deep roster. There were all kinds of major names onboard and it was clear that they had some people available to do some great things. However, one of their top names has yet to really take off. This could change soon.

Aside from probably only Chris Jericho, the top name on the roster was arguably Kenny Omega. After several years as one of the top names in all of Japan, Omega was ready to move up to the next level and see what he could do in a major American promotion. This was a big change of pace for him, yet he has mainly spent time as a tag team wrestler instead of the company’s breakout star. Fans have been waiting for Omega to jump forward and they might not be waiting much longer.

According to Wrestling Observer Radio, Omega’s main event push will be starting in the second year of the company, though he will be needing to cut more serious promos. It is not clear if the second year means the start of the calendar year or a year after AEW ran its first event. During his time in AEW, Omega has headlined two events as a singles wrestler, including the first event with Double Or Nothing 2019, and Full Gear, both in losing efforts.

Omega has looked good in his time in AEW. Check out some of his moments:

Opinion: I can’t say I’m surprised by any of this as Omega is the kind of person who has enough of a reputation to be pushed to the moon. If nothing else, it would shake the stigma of major former WWE names headlining AEW. This should be a good run if AEW makes it happen, though I’m curious to see how the masses will react to Omega’s time on top of a promotion.

Do you want to see Omega as the focal point of AEW? Will it be a success? Let us know in the comments below. 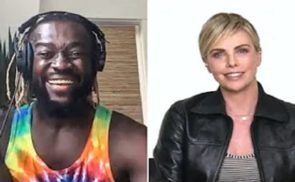 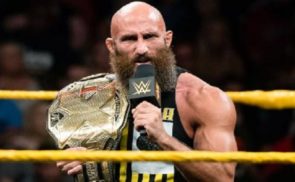