Not so fast. Wrestling has undergone a bit of a renaissance in recent years when it comes to mainstream attention. The difference this time though is that the focus has been much more on the behind the scenes aspects than on anything taking place in front of the camera. Several documentaries and television series have been made with many more to come. One of the bigger ones might be delayed though.

Whether you like him or not, there is no denying that Hulk Hogan is one of the biggest stars in the history of professional wrestling. He took the wrestling world by storm and completely revolutionized the industry. To this day Hogan is still a celebrity and someone who could get some attention. That will be the case with a biopic of Hogan, but things will not be going as fast as they seemed.

During a recent edition of the 83 Weeks podcast, Eric Bischoff revealed that progress has slowed on the upcoming film about Hogan’s life. The project is still officially in development and that there is still no guarantee that it will ever be completed. The Coronavirus has caused the delays and little work is being done on the film at the moment. There is no word on when the film could be released. Bischoff has consulted on the film in its early production.

It was an interesting show. Check out the full show:

Opinion: I can’t say I’m surprised that the production has been delayed but at the same time there is always the chance that the whole thing could be falling through. The idea of a film about Hogan’s life could be fascinating, but with Hogan and Bischoff attached to it, I would be a little skeptical about how deep the film is going to go. This has potential, but there is also the chance that it could be on the level of a WWE documentary, which is not quite hard hitting.

What do you expect from the film? How do you see it going? Let us know in the comments below. 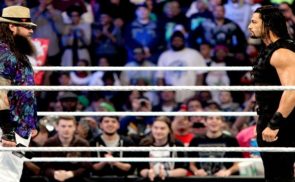 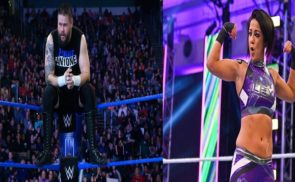