You don’t want to make him angry. There are a lot of wrestlers in the world today but only a handful of true legends. Not many people can truly reach that point but those that do have earned their reputations and the respect that they deserve. Wrestling legends possess a lot of clout and if one of them is not impressed, it rarely ends well. That may be the case with one of the biggest legends of them all.

There are very few names in wrestling history who can rival the Undertaker. He has been around the WWE for almost thirty years and is one of the most respected names the company has ever had. That puts him in some elite company and makes his opinions mean that much more. Therefore, when he says something, a lot of people are going to listen, including himself.

Undertaker was interviewed by ESPN to promote his upcoming docuseries the Last Ride. During the interview, Undertaker discussed his WrestleMania 33 match with Roman Reigns, which he said “disgusted” him. Undertaker talked about having trouble watching the match back and not wanting to hear anyone tell him it was awesome. He felt the worst for Reigns, as the match was designed to make him look like a star and Undertaker did not do his part of the work. Undertaker would not wrestle again for over a year.

What did you think of the match? Check out how we got there:

Opinion: I can understand the frustration with the match as it didn’t come off all that well. It could have been a lot worse, but it never felt like what you would expect from Undertaker on that stage. That being said, it takes some class for Undertaker to say that he was upset for Reigns instead of himself. Facing Undertaker at Wrestlemania still does mean a lot, but there is only so much that can be done in a situation like that.

What did you think of the match? Would you like to see them try it again? Let us know in the comments below. 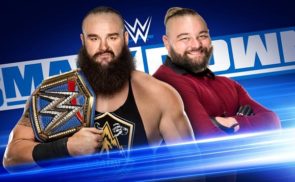 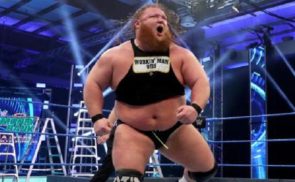 Otis Was Tackled Trying To Get To Trish Stratus