The other other side of him. Over the last few months, wrestling fans have seen a side of Undertaker that almost no one outside the locker room has seen before. With his career winding down, Undertaker has pulled back the veil on his career and let people into a world that had been closed off forever. That has led to some surprising reveals, and now a WWE Hall of Famer is offering another amazing one.

One of the more interesting aspects of any wrestler is finding out what they are like when the cameras are off. We see what they can do in the ring and on the microphone, but there is another world to them that takes place away from the fans’ eyes. Every now and then we get some small glimpses into that world and now we are getting a look into Undertaker’s. It involves disco.

You need to hear this one for yourself. Check out a rather amazing story:

On the latest edition of his Table Talk podcast, D-Von Dudley told a story about going to dinner with Undertaker at the Hard Rock Cafe in Toronto while they were in town for WrestleMania 18 in 2002. As they were at their table talking, the song Kung Fu Fighting by Carl Douglas began to play. Undertaker stood up and mocked various kung fu poses before sitting back down. Dudley asked why he did that and Undertaker said he loved the song.

Opinion: There are things that you hear in wrestling that you never believe to be possible and this is something I just can’t imagine seeing. I completely believe the story, but how in the world are you supposed to picture Undertaker dancing to a disco song? It’s like some weird joke you see online and even if it’s completely made up, it certainly makes for a heck of a story. 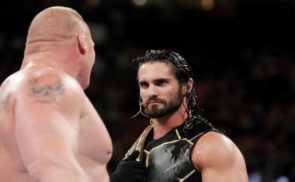