Uh Oh: WWE May Be Facing Another Lawsuit Soon

That’s an important part. WWE has long since taken over the wrestling industry and no other promotion really comes close to what they are doing. That puts them in a unique place, which is helped by the fact that they have more money than any other promotion. Part of that comes from being a publicly traded company, but now the negative side of that could be coming through.

According to Businesswire.com, the Schall Law Firm is asking for WWE investors to contact their office over possible violations of security laws. This comes after WWE announced that they are investigating Vince McMahon allegedly paying a WWE employee $3 million to hide an affair between the two. Schall is looking into whether or not WWE violated security laws by possibly issuing false or misleading statements or failed to disclose pertinent information. WWE has not commented on the announcement.

Opinion: I have no idea where this is going, but there is a very good chance that this winds up being something else WWE has to pay for to make it go away. At the very least, it might be easier than going to court and having another big ordeal hit them. WWE has already gone through quite a bit lately and this sounds like the latest headache that they might have, assuming it goes anywhere.

What do you think of the case? Will it be a problem for the company? Let us know in the comments below. 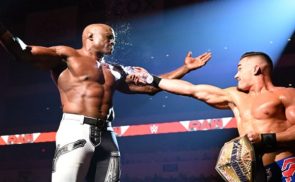