One down? WWE offers a lot of wrestling content in any given week, with a show every day of the week save for Wednesday. That means there is a lot of material to cover and WWE has the roster depth to make it work. The company has several different brands with their own shows, but now it seems that one of them might be on borrowed time, or at least in for a major change.

According to the Wrestling Observer Newsletter, the next two NXT UK TV tapings have been canceled as of August 9, as BT Sports Studios are being used for live coverage of a soccer event. In addition, according to PWInsider.com, there are no future tapings scheduled whatsoever. Some NXT UK wrestlers are scheduled to be in Orlando later this month and there is a possibility that the show could be taped in Florida. NXT UK has been airing since 2018.

Opinion: I don’t think this is the biggest surprise, as WWE has been making a lot of changes in recent weeks. NXT UK has not been a focal point for a long time now, as the only thing that has mattered is the United Kingdom Title. It is nice for a weekly show, but I don’t think it would be the biggest loss in the world. Hopefully the stars get work elsewhere, but the writing might be on the wall for the show.

What do you think of NXT UK? Will it continue to run? Let us know in the comments below. 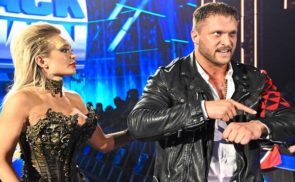 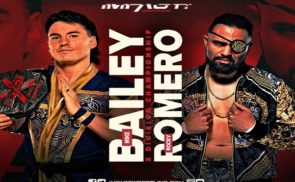