They have to change. Titles are the most basic idea in all of wrestling. You have a champion with a title and someone else wants to take it from them. A match and feud can be built out of that, as the fight to be the best is the most simplistic yet effective system of telling a story. Anyone can understand it and knows that a title change means something, which was the case again this week.

NXT has a fairly large collection of titles and the promotion has done a great job of making them seem that much more important. An NXT championship feels like something that matters more than almost anything on Monday Night Raw or SmackDown and that is a very welcome change. It makes the title changes feel all the more important and that was on display during the second half of a pair big big shows.

There were two title changes during the second night of NXT Takeover: Stand & Deliver. First up, Santos Escobar defeated Jordan Devlin in a ladder match to become the undisputed NXT Cruiserweight Champion. This comes after Escobar became the Interim Cruiserweight Champion due to Devlin being forced to stay in the United Kingdom due to Coronavirus quarantines.

The win ends Devlin’s reign at over a year, which was the longest reign in the history of the Cruiserweight Title, dating all the way back to its time in WCW as well as WWE. Devlin will now move back to NXT UK, as he mentioned that he planned to do during this week’s edition of NXT UK. It is not clear if he will be appearing in the American version of NXT as well going forward.

The second title change saw Karrion Kross defeat Finn Balor with a running forearm to the back of the head. Kross was challenging for the title after being forced to vacate the title due to injury without ever having lost it in the first place. Balor won the vacant title in November and has held it since, only to have Kross challenge him for a title match last month.

It was a big night. Check out the title matches: 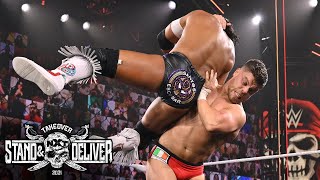 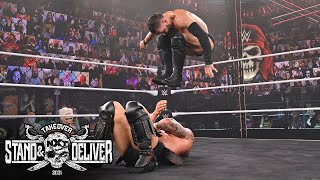 Opinion: This is the kind of thing that changes the way things work in NXT. Above all else, it makes sense to have Kross get the title back as there is no reason for Balor to have it any longer. He has done everything he can as champion so moving it back to Kross, who never lost it in the first place, is a good thing. The other positive is getting rid of one of the Cruiserweight Titles, as there is just no need for two of them, as the division is pretty low down on the level of importance. 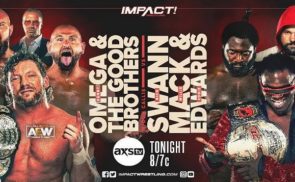