Course correction. Impact Wrestling does not get a lot of attention from fans and that is kind of a shame. The company has a lot of talented wrestlers and several of them have found their niche in the promotion. That is the kind of thing that deserves some praise and as they are coming off of their biggest pay per view of the year, they have a little momentum at the moment. Their next big event saw some important changes of its own.

Impact Wrestling has a unique format to their major shows as they only have a handful of pay per views every year but they run a major show on Impact Plus every month or so. These are near the same levels of pay per views and some of them have some pretty nice cards included. That was the case this weekend and like a pay per view, some important things actually took place.

Impact Wrestling held its Turning Point event over the weekend and two titles changed hands. First, the Good Brothers defeated the North to win the Impact Wrestling Tag Team Titles for the first time, ending the North’s second title reign. Later in the show, Deonna Purrazzo defeated Su Yung to retain the Knockouts Title. Both title reigns began at Bound For Glory on October 24. Yung won the title as a replacement for Kylie Rae, who did not appear at the show.

These were some big moments. Check out the two title matches:

Opinion: Now this is something that makes sense as you would want to give the fans a reason to care about this series of shows. You can only have these shows go on with little happening for so long without the fans giving up on them, so having a pair of title changes on the same show is a good way to go. There is no need to do this every time, but doing it every now and then makes the shows seem important.

Which title change means more? Which new champion will lose their title first? Let us know in the comments below. 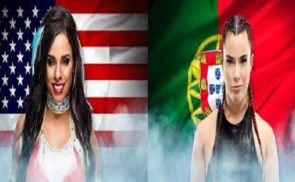 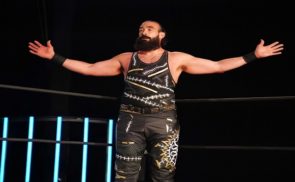