Welcome back. There is something special about a wrestler making their return to the ring. You might know that someone is on their way back at some point in the future but the actual moment that they get back is a big deal. Sometimes they take you by surprise and now we have two new returns from the same night, albeit in completely different methods of coming back.

Two returns took place this week on NXT. First up, Elektra Lopez made her return, attacking both Indi Hartwell and Sol Ruca after Hartwell defeated Ruca in a match. Lopez has not been seen since the August 23 episode of NXT. Later, Edris Enofe and Malik Blade were leaving the arena and ran into Odyssey Jones driving a truck full of women. Blade and Enofe left with Jones and the women following their loss to Pretty Deadly. Jones has been out of action since January with a knee injury.

Opinion: That is the kind of night that you do not get to see very often and it was cool for two returns to take place in a two hour span. Lopez is someone who was kind of left hanging after Legado del Fantasma was called to the main roster so it is nice to have her back. Jones never got the chance to really break out and it should be great for him to get a serious chance in NXT.

What do you think of the returns? Who has a brighter future in NXT? Let us know in the comments below. 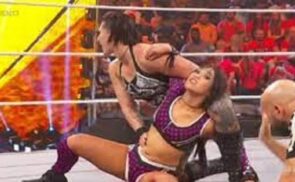 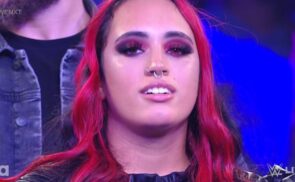