There are a few more. With less than two weeks to go before WWE Money in the Bank, WWE still has several slots left to fill for the show. This includes multiple names for the show’s namesake matches but WWE has already gotten some of them covered. They did even more of that this week, as a few more names qualified for the men’s and women’s versions of the matches.

Two more names were added to Money in the Bank ladder matches this week on Monday Night Raw, with one man and one woman qualifying. First up, Omos defeated Riddle to become the fourth entrant (along with Seth Rollins, Sheamus and Drew McIntyre) in the men’s match. Later, in the show’s main event, Asuka defeated Becky Lynch to join Lacey Evans, Alexa Bliss, Liv Morgan and Raquel Rodriguez in the women’s match. Eight entrants are scheduled per match, with the show taking place on July 2.

Opinion: The last few weeks have been full of matches where the fields grow, but then the ladder matches themselves have to actually work. They have a hit and miss record at times and I still thing eight competitors each is too many. If they can get things going right though, both matches should be fun, as they tend to be given who will be in there and the talent that they have.

What do you expect from the match? Who else will be added? Let us know in the comments below. 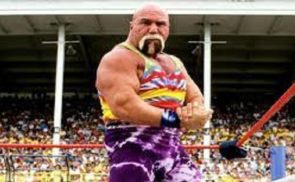