They’ll pass, thanks. We are less than a week away from the Royal Rumble and that means the card is mostly put together. The show will be built around the show’s namesake matches, in which thirty wrestlers each will vie for a title shot at WrestleMania 38. Those are some very lucrative and appealing possibilities, but it seems there are some people not interested in competing.

According to Fightful Select, Jessie McKay and Cassie Lee, formerly known as Billie Kay and Peyton Royce, turned down offers to return for the Royal Rumble. The team, who wrestled in WWE as the IIconics, were released from the company last year and have since moved to Impact Wrestling, where they are the Knockouts Tag Team Champions. McKay and Lee felt that it was not time for such a return and are happy where they are. Impact Wrestling Knockouts Champion Mickie James will be appearing in the match.

Opinion: Without knowing their circumstances, I am rather happy that the team isn’t coming back to WWE at the moment. Nine months ago, WWE felt that they weren’t good enough to be part of the roster and let them go. Now WWE needs some more help for one of the biggest matches of the year and suddenly the two of them are good enough? I’d hope they don’t come back at the moment, just to see WWE have to present weaker names on their big show.

What do you think of the team’s decision? Do you want them to return to WWE? Let us know in the comments below. 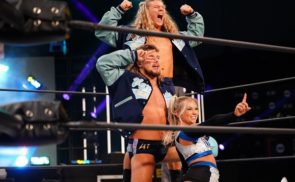 AEW Star Out Of Action Due To A Concussion 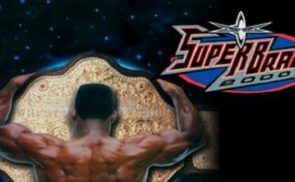