They would know best. Wrestling fans have a difficult job when it comes to keeping track of everything that is going on in the industry. While we can watch and see what is happening in front of us, there is another world backstage that we do not have access to. Every now and then we will get a little glimpse, but it is normally just based on what we are allowed to know. That seems to have happened again.

Last week, a story broke about FTR not being included in the upcoming AEW Fight Forever video game, though it is not clear why. During a new interview with Give Me Sport, FTR responded to the story, with Cash Wheeler saying that they have known about it for months and were given a logical reason for being excluded that they accepted. Dax Harwood made it clear that they are not angry about the situation and only wanted to make sure that they did not do something wrong to cause the issue. They also said that they hoped fans would stop fighting with each other about what happened because it is not an issue.

Opinion: This is about as good of a response as you can get, as the two of them do not sound upset about what happened. They know the reason for not being in the game and if they are ok with it, that is what matters most. I’m not sure why FTR is not in the game but it would not surprise me to see them as downloadable content or something similar. Either way, at least things seem to be cool on their side and that is the important part.

What do you think of FTR being omitted? What is next for them in AEW? Let us know in the comments below.

It’s Back: Riddle Gets Good News On Monday Night Raw 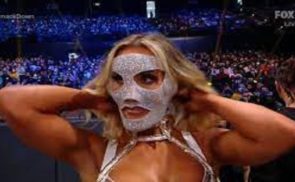