Well that’s bigger. We are less than a week away from one of WWE’s more unique special events, with Worlds Collide taking place this Sunday. The show will feature a series of matches between NXT and NXT UK stars, with several titles being unified. That alone should make for a big night, but now there are even more matches added to the card, some of which are rather unique.

Four new matches were added to the Worlds Collide card this week on NXT, bringing the total to six. First up, a four way Tag Team Title elimination match will see the NXT and NXT UK Tag Team Titles unified, as champions the Creed Brothers (NXT) and Josh Briggs/Brooks Jensen will defend against Pretty Deadly and Gallus.

Next, the NXT Women’s Tag Team Titles will be on the line as Monday Night Raw’s Doudrop and Nikki Ash challenge Kayden Carter and Katana Chance.

Finally, Axiom and Nathan Frazer will meet in a 2/3 falls match.

Opinion: That is a busy night for NXT and it should make for a much bigger and better Worlds Collide. You can only get so much out of a two match card, which is what NXT had built up coming into this week. Six is something that could make for a very nice show and the premise of NXT vs. NXT UK should be more than enough to make the whole thing work. If the execution is there, this will work out just fine. 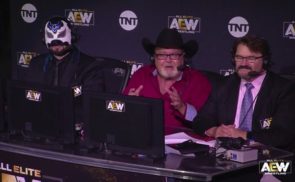