That could have been worse. The Coronavirus has been wrecking havoc on a lot of people over the course of the year and the wrestling world has been no exception. While there are ways to help prevent the spread of the disease, it is impossible to be completely safe from the virus. That includes wrestlers getting sick and several WWE names have been infected, including one who just revealed his status.

WWE has done what it can to prevent the public from knowing about its wrestlers being diagnosed with the Coronavirus. This has worked out well enough, but some results have been released. One name who confirmed that they had tested positive was Renee Young, who revealed that she had gotten backstage heat over her announcement. Now another name has confirmed that he had the disease, but things have since gotten better.

During a recent Twitch stream, AJ Styles revealed that he was diagnosed with the Coronavirus about a month ago but has since recovered. Styles mentioned that he did not have many problems while sick but understands that it is a lot worse for some other people. He also wished the Rock well after Rock revealed that both he and his family have been diagnosed with Coronavirus.

WWE is going to want Styles healthy. Check out what he can do when he is healthy:

Opinion: One thing that is going to be interesting is seeing how many more people reveal that they have been diagnosed. I get why WWE does not want the reveals getting out, but once the wrestlers are healthy, they are likely able to get away with saying that they had been sick before. I’m glad to hear that Styles is doing better as well, as the virus is quite the scary thing for anyone involved.

What is next for Styles? What will he be a champion again? Let us know in the comments below. 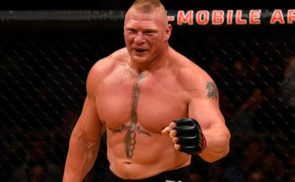 Brock Lesnar May Have A UFC Return In Front Of Him 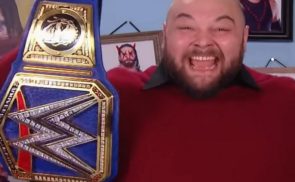