That’s quite the honor. There are all kinds of prizes and championships to be won in wrestling but they are not the kind of things that last. While those titles may not last forever, there are very few honors in wrestling which last forever. Sometimes you see someone receive a special award and it can be rather impressive. That was the case again this weekend.

Stephanie McMahon has been inducted into the International Sports Hall of Fame. This makes McMahon the first female executive to be inducted into the Hall of Fame, which was established in 2012. McMahon’s ceremony took place on Sunday October 10 and also included Jay Cutler, Peter Westbrook, Billy Blanks, Marcus Allen, & Ernie Reyes Sr. as part of the class.

Humbled & honored to be the 1st female executive inducted into the International Sports Hall of Fame with such a prestigious class. The key messages from all were passion, love, hard work, intention, & believing in yourself – #wordstoliveby. #ISHOF pic.twitter.com/dQeacqcwh1

McMahon has been around WWE for a long time. Check out some of her better moments: 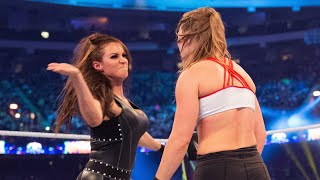 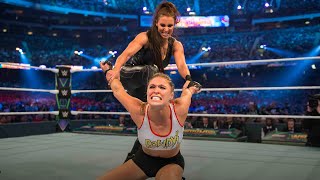 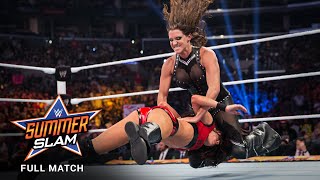 Opinion: This is another one of those honors that makes McMahon look like a much bigger star and that is always a good thing. Wrestling does not get the best recognition and being part of any kind of a Hall of Fame is going to boost its profile. McMahon might not be the most popular person in wrestling, but she certainly has a long resume with quite the list of accomplishments.

What do you think of McMahon? Which other wrestlers could be inducted into such a Hall of Fame? Let us know in the comments below.