That’s one way to go. We are coming up on WrestleMania 36 and for the first time ever, the show will have taken place before we actually see it. That has never been done before and it is going to change everything that is going on with the show. It also means that some changes have made at the last minute, with one wrestler having to be replaced due to injury. Now we might know the replacement.

This year’s WrestleMania is one of the most unique in history as the show has felt like it is being thrown together with whomever is available to be on the show. With so many being off the show due to illness or the threat of illness, there are a lot of spots available, but another one was opened up due to a regular injury. It happened to be someone in a title match, and now that spot has been filled.

According to F4WOnline.com, NXT star Austin Theory replaced United States Champion Andrade in the Raw Tag Team Title match at WrestleMania 36. Andrade and Angel Garza were scheduled to challenge the Street Profits for the titles but Andrade suffered a rib injury on last week’s Monday Night Raw. This will be Theory’s main roster debut after he made his NXT debut on December 25, 2019.

Theory does not have the most experience in WWE. Check out some of his matches in NXT:

Opinion: I mean, it’s not like the original match was all that special in the first place. That being said, Theory going into the match is quite the confusing choice as he hasn’t even been around for four months in NXT yet. If nothing else, it says that WWE has all kinds of confidence in Theory and that is something that he can ride for a long time. Now if only he can live up to the hype, which he could.

Do you like this move? Who would you have put in the spot? Let us know in the comments below. 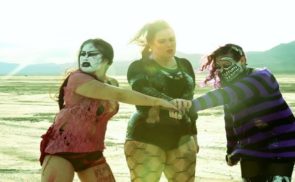 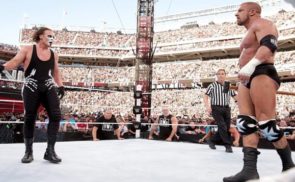