The family gold. Titles are the kind of thing that makes a wrestling promotion go around and NXT is no different. The company has done a nice job over the years of making their titles feel important with title defenses being rare occurrences and title changes being even rarer. Sometimes they throw in something a little bit different and that was the case this week.

This week’s NXT was the Halloween Havoc special, which featured a pair of Spin The Wheel Make The Deal matches for both the North American and Women’s Titles. The matches feature a large wheel with different options being available to determine the stipulations for the matches. There were several interesting choices available and one of them saw a title change take place.

The opening match of this week’s NXT saw Johnny Gargano defeat Damian Priest in a Devil’s Playground match, which meant Falls Count Anywhere. Gargano won the match when someone dressed as the Ghostface killer from the Scream series distracted Priest, allowing Gargano to knock him off of the set for the pin. This is Gargano’s second reign as North American Champion.

They have done this before. Check out how we got to this match:

Opinion: This is the kind of title change that needed to take place as Gargano and Candice LeRae have been talking so much trash about everything as of late and needed to pick up a major win. Gargano getting the North American Title back is a good start and now he can be used to build up another challenger. If nothing else, Priest now has a fresh feud with whomever was under the mask.

What did you think of the title change? How long should Gargano hold the title? Let us know in the comments below. 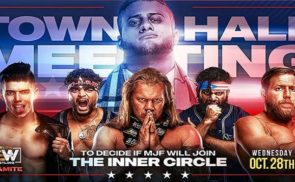 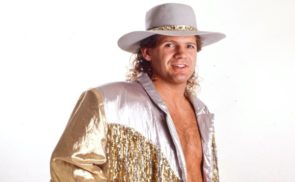