It’s growing up. We are less than two weeks away from AEW Revolution and now it is time to start building up the card. The good thing is that AEW has a lot of pieces already set up and are just waiting to be made official. Sometimes those things can be done all at once and that seems to be the case this week as several matches were all put together on the same show.

Three new matches were announced for AEW Revolution during this week’s edition of Dynamite. First up, Eddie Kingston challenged Chris Jericho to a grudge match, with Jericho accepting during a face to face meeting. Second, the AHFO, comprised of Andrade El Idolo, Matt Hardy and Isiah Kassidy have challenged Sting/Darby Allin/Sammy Guevara to a tornado tag match, which was confirmed later. Finally, after Bryan Danielson defeated Daniel Garcia in the main event, Jon Moxley came to the ring. Danielson agreed to face Moxley, who had challenged him to a match at Revolution.

Tune in NOW to #AEWDynamite LIVE on TBS! pic.twitter.com/EnMqHVOpBi

And we have an answer! It's gonna be @JonMoxley vs. @BryanDanielson LIVE at the #AEWRevolution PPV on Sunday March 6!

What an incredible night of action here at #AEWDynamite from Bridgeport, CT! pic.twitter.com/4u3BAATH7W

Opinion: This is the kind of night that Revolution needed as the show was only somewhat put together. The show has taken a huge step forward with probably about a third, if not more, of the card being made in one night. We now have three more big matches with some serious star power and Revolution is looking a lot better now that Dynamite is over than it did coming in.

Which match interests you the most? Who do you have winning? Let us know in the comments below. 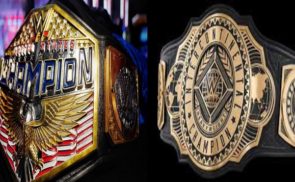