There’s A Logic To That: Triple H Explains Why NXT Callups Have Slowed

The transitional phase. There are three major brands in WWE and that makes things a little more complicated than at any point in the company’s history. With so many wrestlers moving around and NXT being presented so much differently than Monday Night Raw and SmackDown, you are going to get some very different wrestlers. That creates some interesting moments when things change, but there is a reason they haven’t been changing as much as of late.

One of the most interesting thing that you can see in WWE is when a wrestler is moved up from NXT to one of the two main rosters. That is the kind of thing that can change the way any of the three shows are presented and a game changer can be brought up at any given time. Wrestlers getting to come up can make for a huge moment, but they might not be so frequent anymore.

During a conference call for Takeover: Portland, Triple H was asked about bringing NXT wrestlers up to the main roster. Triple H said that the main reason to hold the new wrestlers back was making sure that they were ready. The point was that while there were some wrestlers who became stars in NXT, they may not have been ready to come up to the main roster. There is no indication of a specific policy, and the callups seem to be on a case by case basis.

There are some talented people down in NXT. Check out some of their highlights:

Opinion: I can get this idea, but NXT is a weird situation. NXT isn’t exactly your normal developmental territory or minor league, as the wrestlers are regularly performing on national television in prime time. It’s not like these are unheard of talents who are starting from scratch on the main shows. There is a science to the whole thing, and hopefully WWE can figure out the formula.

Who do you want to see stay in NXT? Who should be called up? Let us know in the comments below. 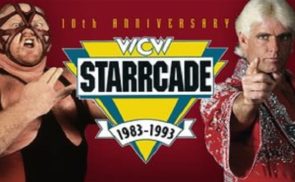 REVIEW: Starrcade 1993: A Flair For The Flair

RUMOR: Boss-Less? Vince McMahon’s Presence Has Slowed Quite A Bit At WWE TV