So that’s where it’s happening. We’re less than a month away from the next NXT Takeover and that means it’s time to start getting things ready in a hurry. That includes setting up the show itself, but the bigger issue is setting a place for the show. Due to the change in the schedule cause by the Saudi Arabia show next month, a new home needed to be found. Now, that has been taken care of.

According to WWE.com, NXT Takeover XXV will take place in Bridgeport, Connecticut on June 1. This will be the first Takeover to be held in Connecticut and the twenty fifth entry in the show’s history. The event was originally scheduled for June 8 in San Jose, California but the upcoming Saudi Arabia show on June 7 forced the event to be both relocated and rescheduled.

I wonder if these people will be involved in the show. Check out last week’s NXT main event: 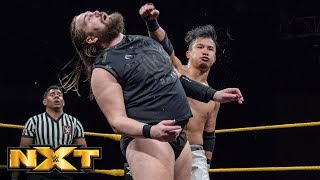 Opinion: I can think of worse places to hold the show than near the company’s home base. What matters is that the show is going to take place and you can almost guarantee that it’s going to be entertaining. Takeover has become the best wrestling series in the world and with the right build, these things can be incredible. It’s also nice when WWE can just pick these places on a whim and hold the shows there, which is the kind of control few have.

Do you like the new location? What do you see on the card? Let us know in the comments below.

Videos: Three Things You Did Not See On Monday Night Raw This Week