You knew they were getting to this. Things have been changed a lot in the wrestling world in recent weeks and a lot of it has to do with the Coronavirus changing so much. So many wrestling companies have been forced to shut down or change what they are doing for the time being. There were a lot of plans scrapped or changed, but some of them are going to be seen one way or another.

One of the biggest shows that fans had been hoping to see but was forced to be canceled was NXT Takeover: Tampa Bay. NXT’s Takeover series has become one of the most well received series of wrestling shows in recent years and their reputation has grown by leaps and bounds. The show will not be taking place, but WWE is not scrapping all of the plans that came with it.

This week on NXT, two more names qualified for a women’s ladder match to crown a new #1 contender, originally planned for Takeover. Chelsea Green, Mia Yim and Tegan Nox qualified before Takeover was canceled and this week, Io Shirai and Candice LeRae earned their spots. The final spot will take be determined in a gauntlet match on the April 1 edition of NXT, with WWE.com announcing that the ladder match will take place on April 8.

Two more people are in. Check out how they got there:

Opinion: This is something that NXT is smart to do, as you can have these matches for weeks without burning through anything else. It makes a lot of sense to keep the stories going as the work has been done and there is no reason to scrap everything else. NXT has put a lot of work into these matches and now they have something big for the next several weeks if they can manage to do just one apiece.

Who do you see winning the ladder match? Who will she be challenging? Let us know in the comments below. 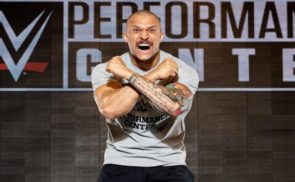 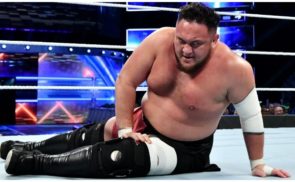