That’s not how it was supposed to go. We are in the middle of the biggest wrestling week of the year as WrestleMania is in less than three days. That is the kind of thing that is going to make for some very special moments, including some extra high level wrestling programming. WWE is certainly getting in on the act, but one thing did not go exactly as planned.

In addition to WrestleMania, this week is featuring an extra big Takeover as NXT presents Takeover: Stand & Deliver, which is being held over two nights instead of the usual one. That means double the matches, including a second main event. One night is in the books and it turns out that there was a slight adjustment made during the show that you might not have noticed.

According to Fightful Select, the main event of Takeover: Stand & Deliver was cut short due to time issues. One of the earlier matches in the night forced the main event of NXT Women’s Champion Io Shirai defending against Raquel Gonzalez to be cut short. There is no word on which match was cut short, though the title match wound up running just under thirteen minutes at a time of 12:54, with Gonzalez winning the title.

The match was a heck of a fight. Check out what we did get to see: 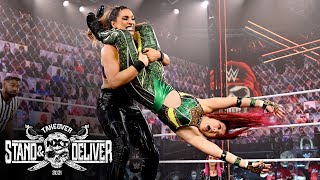 Opinion: The match did seem a bit short, but what we got was pretty good while it lasted. What mattered as they finished the match on time and was able to show the title change, which is what matters more than anything else. I’m not sure which match ran long, but trying to squeeze five matches into just over two hours was always going to be a bit tricky to pull off. 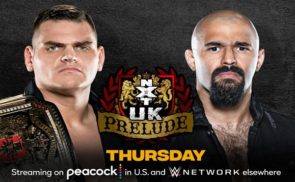