Run it back? WWE runs a lot of major evens throughout the course of the year and some of them are among the biggest in all of wrestling. That is the case in the summer as well, as can be seen this year. Over the weekend WWE presented its annual Money In The Bank event, with Summerslam following only four weeks later. That means the card needs to be set, and now we might be getting ready for a rematch.

At Money In The Bank, Liv Morgan cashed in her Money In The Bank briefcase to defeat Ronda Rousey and win the SmackDown Women’s Title for the first time. Following the win, Rousey congratulated Morgan and left without any incident. According to F4WOnline.com, the current plan is for Morgan to defend the title against Rousey at Summerslam in a rematch.

Opinion: This is what you kind of had to expect but it has me worried in more than a few ways. The biggest problem here is that I’m not sure I can buy Morgan retaining the title over Rousey. There are ways around it, such as interference by someone who Rousey could face next, but at the end of the day, Morgan seems to be in over her head. I hope that isn’t where they go, but it is hard to imagine Morgan leaving with the title. 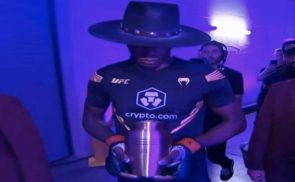 KB’s Review: Who Is AEW