He’ll have another. Wrestlers often have to rely on their talking abilities to make the fans care about what they are doing. If a wrestler is good enough with a microphone, it can open quite a few doors for their careers. This is the case for other industries outside of wrestling, and that was the case again for another legend who achieved quite the success outside of the ring.

WWE Hall Of Famer Glenn Jacobs, better known as Kane, has announced that he has been re-elected as Mayor of Knox County, Tennessee on Thursday. This marks Jacobs’ second term in office with another four year term. Jacobs has still made occasional wrestling appearances while in office, most recently at Summerslam. He also wrestled in Saudi Arabia at Crown Jewel 2018.

THANK YOU Knox County for electing me to serve a second term as your mayor.

I am so grateful for the support you have shown me and my family throughout my campaign for re-election, and will continue to do all I can to serve you to the best of my ability. pic.twitter.com/UevMafyDKD

Opinion: Whether you agree with Jacobs’ politics or not, there is something impressive about a former wrestler being elected to an office like. To go from being a wrestler who has traveled the world and been rather successful to then being the leader of a fairly large community is almost impossible to imagine. That is an impressive feat and he should be proud of his accomplishments.

What do you think of Kane’s win? What was the best part of his wrestling career? Let us know in the comments below. 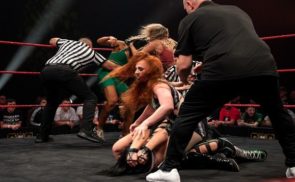