Surprise Turn Takes Place At Hell In A Cell, Leads To Big Change

It had to end. Tag teams do not have the best track record in WWE, as the company seems to enjoy splitting them up fairly frequently. That can make for some interesting moments, especially if you are surprised by the change. Such a split can change things up going forward and set up another big feud, which seems to be the case with the latest betrayal in WWE.

One of the biggest surprises of the year in WWE is the rise of Otis, who has gone from little more than half of a mostly comedy team in Heavy Machinery to Mr. Money in the Bank. Otis even managed to start a relationship with Mandy Rose, though the two were split up thanks to the Miz. Heavy Machinery was split up in the Draft as well, and that has led to some problems with Otis’ former partner Tucker.

Tucker turned on Otis at Hell in a Cell, costing him his Money in the Bank briefcase to Miz. During the match, Tucker hit Otis with the briefcase, allowing Miz to steal the pin to become Mr. Money in the Bank. After the match, Tucker said that he did this due to being sick of sacrificing everything for Otis and always being there to support him. It is not clear how the two of them will have a match as they are on different brands thanks to the Draft.

It was a big moment. Check out how the match went down:

Opinion: This is the best way to go as there was little reason to believe that Otis was ever going to successfully cash the briefcase in. Miz might not be the biggest lock ever, but he’s a more likely candidate than Otis. Tucker’s turn made perfect sense as he is absolutely right: it has been all about Otis with Tucker being nothing more than the support system without getting any of the benefits. Why wouldn’t he turn on Otis?

What did you think of the result? Will Miz win the title? Let us know in the comments below. 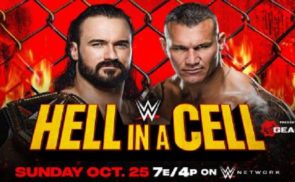 Hell In A Cell 2020 Live Coverage And Results 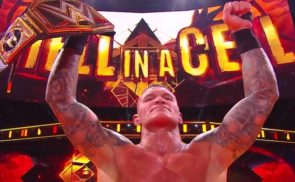