Welcome back. Every now and then, a wrestler has to go away for one reason or another. That can make for some changes in storylines, but it can also lead to some cool moments when they finally get to come back. It is even better when someone comes back from a special occasion, and that is what took place this week with a surprise return during AEW Dynamite.

During this week’s special Grand Slam edition of Dynamite, Brandi Rhodes made her return from maternity leave. She accompanied her husband Cody Rhodes to ringside during his match against Malakai Black. During the match, Brandi got in the ring and sat face to face with Black as he taunted Cody, who was down on the floor. Brandi had been away since late last year on maternity leave.

You might need a refresher. Check out what Brandi can do when she is around: 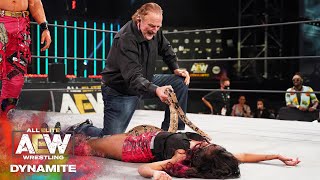 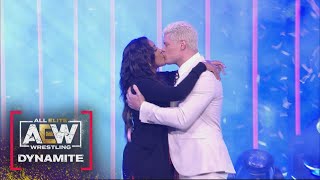 Opinion: Brandi might not be the most universally beloved name in AEW but she is certainly a big deal. If nothing else, she makes a great manager for Cody and it will be good for AEW to have someone with some backstage authority back in the swing of things. It felt like a big enough deal to have her back on the show and hopefully she can be back at full strength sooner rather than later.

What do you think of Brandi? What should she do now that she is back? Let us know in the comments below. 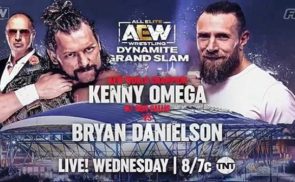