The new villains. There is something so useful about stables. You can put wrestlers together into a group and not only get them all on television at once, but also give the individuals some extra stories to take part in. That is the kind of thing that can help a lot, but it can be made even better when you have a pair of stables to pit against each other. That seems to be where we are going in NXT.

There has never been a more dominant force in NXT than the Undisputed Era. The four of them are all incredibly talented wrestlers and they have all been successful. At one point they even held all of the available titles in NXT, which has never been done before or since. Some of their signature moments have been against another stable, and as luck would have it, we are now getting another stable of opponents together.

Nice to see you again. Check out what happened during and after this week’s NXT:

This week on NXT, Pete Dunne returned to the show for the first time since March 11. Dunne aligned himself with Pat McAfee and the team of Oney Lorcan and Danny Burch, with the four of them attacking the Undisputed Era’s Kyle O’Reilly. Dunne has had issues with the Undisputed Era over the years, including facing them in his final match before his hiatus due to Coronavirus issues.

Opinion: I’m liking this idea quite a bit as the team has a lot of potential. McAfee alone is worth seeing and Dunne has shown that he can do almost anything he wants in the ring. That is a great collection of talent and if it just has to lead to another WarGames match in November, so be it. This has my attention and that is something any show can use at any time.

What did you think of the angle? Where do you see it going? Let us know in the comments below.

KB’s Review: AEW Sucks (So Does Everything Else But That’s A Better Title) 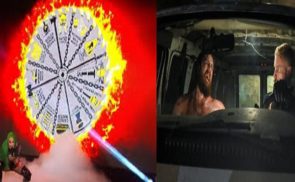 The Best Funny And Spooky Videos From NXT Halloween Havoc