Subtle but sweet. WWE has released several wrestlers from their contracts this year and that is the kind of thing that is going to shake up the company in a hurry. With so many names leaving, it can leave a lot of people wondering what to think. Most of the time, people are going to be wondering how the released wrestlers are responding, but what about the ones who are still in the company? Now we saw a little tribute from a WWE wrestler to a released name.

Liv Morgan paid tribute to the recently released Ruby Riott during her match against Carmella on this week’s edition of SmackDown. Morgan wrestled the match with a band saying “RUE”, a nickname for Riott, on her leg. Riott was one of the wrestlers released on June 2, along with Braun Strowman, Aleister Black, Buddy Murphy, Lana and Santana Garrett. Morgan has also sent a tribute to Riott on her Instagram page.

The two of them were rather awesome together. Check out what the two can do together, along with the tribute match: 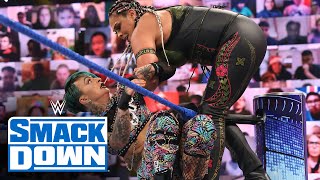 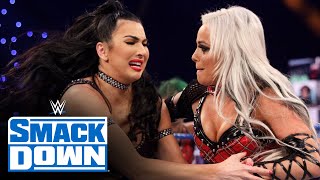 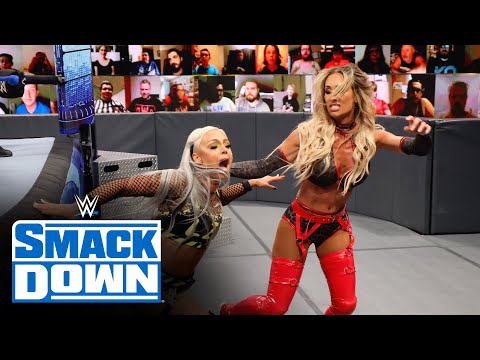 Opinion: I love subtle little things like this and it is great to see Morgan slip it in. Morgan and Riott certainly seemed to be great friends both on and off of television and it is very cool of Morgan to slip in a tribute like this. I’m not sure why WWE felt the need to let Riott go, but I hope that she can do something awesome in the industry elsewhere. At least it seems like she has a good friend to support her, which is something you can’t buy.

What did you think of Morgan’s tribute? Where will Riott go next? Let us know in the comments below.