The AEW way. Wrestling is built around big matches on big shows. Most of the regular television shows are used to build towards the bigger matches, which can make for some very interesting matches if the important ones are built up well enough. Sometimes they have to be changed at the last minute though, but that often means that they will be rescheduled for later.

AEW has officially announced that Kenny Omega will face Jon Moxley at Full Gear on November 9. This is a rescheduling after the original match was pulled from the All Out card due to Moxley suffering a staph infection that requires surgery. There is no word on when Moxley will be medically cleared, though it is likely that he will wrestle before Full Gear. This is the first match announced for the pay per view.

It was quite a moment when the original match was called off. Check out Omega’s reaction to hearing the news live:

Opinion: This makes the most sense as there is no reason to stretch this out long term. Omega vs. Moxley is all set and can be part of Omega’s redemption tour, which is starting after only a few losses. It may seem like a long time but this is a match that belongs on a bigger stage than just a regular television show. They have to save some of the big stuff for later and that is what they are doing here.

Who do you think wins this match? Should they wait this long? Let us know in the comments below. 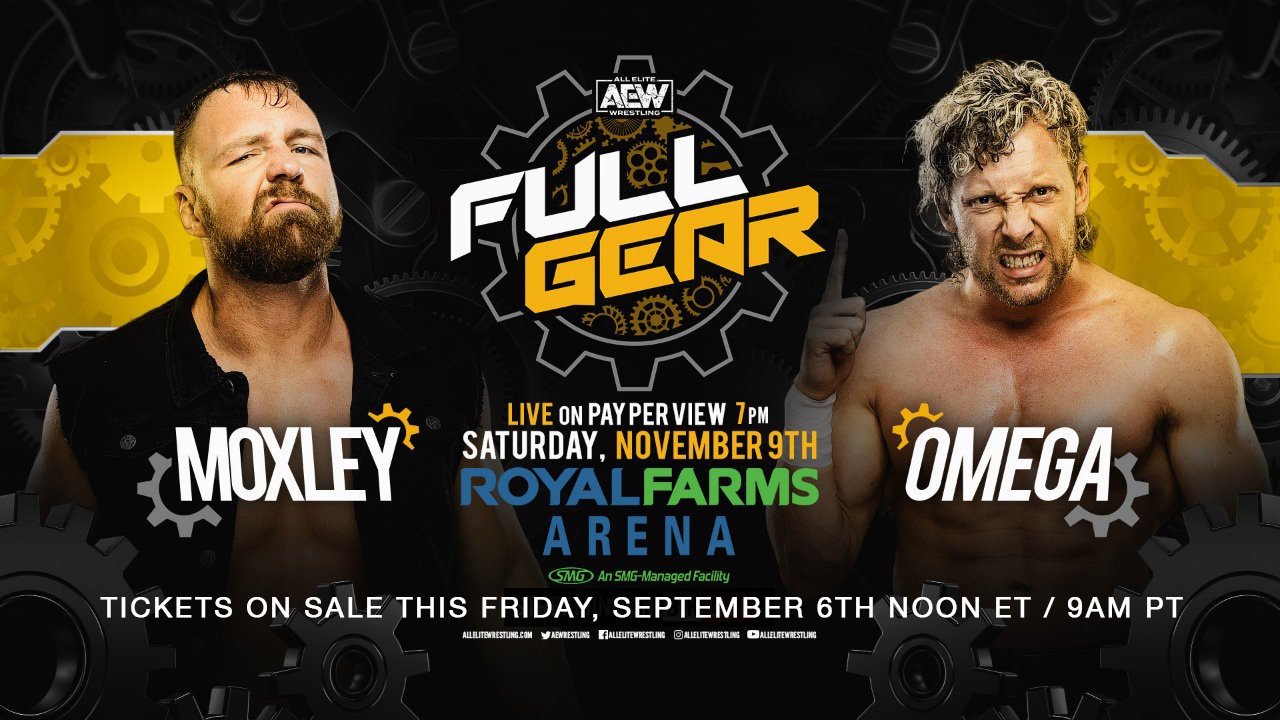