There’s a pattern here. While WWE is building towards Extreme Rules and ultimately Summerslam, they also need something to make their fans care about the weekly television shows. The audience continues to dwindle and both Monday Night Raw and SmackDown need something in the form of a shot in the arm. That could be done in a few ways and WWE has something they are trying out next week.

Wrestling has a lot of history to it and that can be the case both in the long or short term. With so many things that have happened between various wrestlers, they are bound to face each other more than once. If you find a combination with chemistry, it makes sense to come back to it over and over again. That seems to be what WWE is going for next week on Monday Night Raw.

WWE.com has announced that the July 13 edition of Monday Night Raw will focus on grudge matches, with four such matches announced. Currently announced for the show are the following matches:

All of these feuds have been built up in some way, with Owens and Rollins having already faced off at this year’s WrestleMania 36. The show will also serve as the go home show for the following Sunday’s Extreme Rules pay per view.

It’s going to be a big night. Check out the trailer for the show:

Opinion: This comes off like a situation where WWE knows that they need to rebuild their audience in some way. Granted one of the best ways to do just that might be not having Dolph Ziggler and Heath Slater acting like threats to Drew McIntyre in the opening segment. It’s a bad lull for WWE at the moment and that is going to be the case until WWE puts in the effort again.

Which of the matches sounds best? How can WWE grow their audience? Let us know in the comments below. 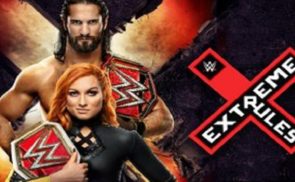 REVIEW: Extreme Rules 2019: So Much For Rollins