The road not taken. This week, America celebrates the Thanksgiving holiday as a way to look back and see what we should be thankful for. Even if you don’t celebrate it in your country, it is still a nice idea to reflect back on things and see how many good aspects there are to your life. The same thing is true for wrestlers and people involved in the wrestling industry, which seems to be the case against this year.

One of the biggest soap opera stories in wrestling in the last few years has been the romance between John Cena and Nikki Bella. The two have since split up and moved on to new relationships, but there was a time when it seemed that marriage was inevitable. Cena even proposed to her at WrestleMania 33 in the middle of the ring. The wedding did not wind up happening though and that might be for the best.

According to Radar Online, a family source close to the Bellas said that Nikki is “blessed” that the marriage to Cena never went through. While there is nothing said about a specific reason the two did not get married or why it would not work, the source said that when Nikki marries, it will be a first wedding, suggesting that a marriage between she and Cena would not work. Nikki has not wrestled for WWE since November 2018 while Cena’s most recent match was on January 14 of this year on Monday Night Raw.

Yeah this was a big deal. Check out the WrestleMania proposal: 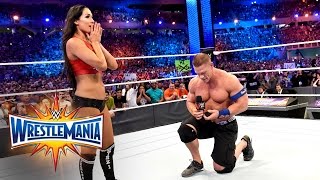 Opinion: It’s nice to see that both of them have moved on a bit, though the story seems to be something that always has a little bit more life in it. Cena has been rather private about his personal life since his relationship with Nikki ended, while Nikki has talked about her new relationship every chance that she can. Hopefully the two of them are happy now, which is what matters more than anything else.

Are you surprised the two of them never got married? Which of the two will wrestle again first? Let us know in the comments below. 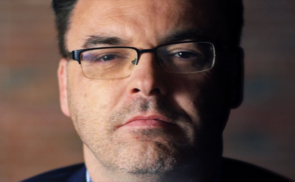 It’s Not A Great Situation: Update On Mauro Ranallo’s Status And It’s Not A Positive One