We’re coming up on Payback with the big story at the moment being the rise of Daniel Bryan. Since HELL NO lost the tag titles Bryan has been on a rampage to prove that he isn’t the weak link, which has provided some very entertaining moments from him in the past few weeks. Other than that we have Orton teaming up with whomever he can find to fight the Shield. Let’s get to it.

The opening recap is a video of the contract signing for Jericho vs. Punk at Payback. We also see Bryan yelling at Orton about not being the weak link.

We open the show with MizTV with guests Randy Orton and HELL NO. Bryan thanks Kane for being the best partner he could ask for and not helping him in the match against Ryback on Raw. Miz talks about Bryan cleaning house of the Shield last week and we get a loud YES chant. Bryan thinks people still look at him like a goat faced vegan troll so Orton and Kane think that Bryan’s head is a bit messed up.

Kane insists that everyone respects Bryan although Orton is getting tired of Bryan whining about respect. Bryan blames Orton for the loss to the Shield on Monday, so Orton says we’re back in crazy town. Kane tries to get Bryan out of there but Bryan yells that Kane should have his back. Kane says he always has Bryan’s back but he’s tired of Bryan not trusting him.

Bryan wants to know why he should trust Kane. That’s a good question given Kane’s history. He also wants to know why Kane doesn’t come to his aid more often and thinks Kane is only teaming with him because there’s no one better for Kane to hook up with. Kane bails and Miz thinks we just saw the breakup of HELL NO. Bryan says yeah we did but NO he is not to blame for this. Teddy Long comes out and makes Orton/Bryan vs. Shield for later. Pretty solid opening segment actually.\

On the way to the ring, Heyman brags about Axel beating HHH and Cena twice with Axel saying that Jericho will learn what it means to be perfect. Paul jumps in on commentary as the guys in the ring run the ropes a bit. Jericho takes him down with a dropkick and chops away at the chest. They head to the floor with Jericho ramming Axel into the announce table before heading back inside. We take a break and come back with Axel chopping Jericho for two and hitting the Hennig Necksnap for two more.

Axel hooks the chinlock as Heyman guarantees that Punk will be in Chicago for Payback. Jericho elbows his way out of the hold and drops him with a top rope ax handle. Axel kicks out of the Walls but Jericho takes him down with a quick bulldog. The Lionsault misses and Curtis hits the McGillicutter for two.

Jericho gets up an elbow in the corner and hits a top rope cross body for two of his own. The Walls go on this time but Axel gets to the ropes before too much damage can be done. Jericho dropkicks him to the floor so Heyman shouts IT’S CLOBBERIN TIME! Punk’s music hits and the arena explodes, but it’s a ploy allowing Axel to roll Jericho up for the pin at 10:35.

Post match Jericho charges back into the ring and hits Axel with a Codebreaker.

Ryback comes up to Kane and brags about beating Bryan last week. A match is made for later tonight. Ryback says he rules, but Kane says he’s tombstoned a priest and buried his brother alive, so the rules don’t apply to him.

The Wyatt Family is coming.

Video from Raw on the McMahon family drama with Vince and Stephanie trying to talk HHH out of fighting anymore.

Well at least it’s not Langston. All three members of the Band jump Del Rio but he fires off kicks to throw them out. There’s the armbreaker on Slater but I don’t think the bell ever rang to start the match. Del Rio and Ricardo clear the ring with Ricardo hitting a dive off the top to take out Mahal and McIntyre.

With Alberto still in the ring, Ziggler pops up on screen and says he’ll be back on Monday.

Ryback shoves him into the corner to start and tells Kane to do something about it. Kane comes back with an uppercut but Ryback runs him over with a shoulder block. Kane clotheslines him down and hits the low dropkick for a quick one count. Ryback comes back with a gorilla press in a very impressive display of strength. Kane no sells a kick to the chest but can’t chokeslam him down. The side slam gets two for Kane and a clothesline puts Ryback on the floor.

They head outside with Kane being pulled into the barricade with Ryback ramming the masked head into said barricade over and over. It’s table time but Kane comes back with uppercuts to slow Ryback down. Back inside and the top rope clothesline misses but Ryback takes too long walking around and Kane hits the chokeslam for two. Now Kane gets the table but Ryback rakes him in the eye and powerbombs Kane through the table for the DQ at 5:45.

Result: Kane b. Ryback via DQ when Ryback powerbombed Kane through a table

Here’s Sandow to talk about the mental challenges he’s been giving Sheamus lately. Sandow insults the people of Long Island, saying that they’re a bunch of checker minded people living in a chess world. The only thing that can match Sandow’s intellect is a supercomputer, so meet Deep Blue, a computer which won a major chess match several years back. The computer tries to talk but is quickly silenced by Sandow. Damien is going to recreate the chess match against Kasparov (one of the best chess champions ever) right here for us tonight, as long as there is SILENCE!

The computer compliments Sandow for his opening move but Sheamus interrupts the game. Sheamus says he’s going to interrupt the chess match (Sandow: “That is obvious. Baby steps Sheamus, baby steps!”) and thinks he can beat Deep Blue in one move. Sheamus can’t figure out what move to make so he Brogue Kicks the computer. Damien gets in a cheap shot and actually lays Sheamus out before sending him into the computer’s table. He rams Sheamus’ head into the table over and over and stands tall. I still don’t get why they’re wasting Sheamus in this feud.

Miz is on commentary. The triple threat title match is announced for Payback with Wade Barrett defending against Miz and Fandango. The place goes NUTS for Ryder who is growing his hair out for the first time in years. Fandango pounds Ryder down to start and hits a hard European uppercut. Miz says Skittles Boy needs to quit looking at him before he makes Fandango taste the rainbow of a Skull Crushing Finale. Ryder comes back with a middle rope dropkick and the Broski Boot for two. The Rough Ryder is countered into a powerbomb and the guillotine legdrop gives Fandango the pin at 2:17.

Miz and Fandango stare each other down.

Video on Ryback destroying Bryan and Cena from Raw.

Kaitlyn and Natalya are in the back. The secret admirer are going to show up on Raw but Natalya isn’t as happy as Kaitlyn thinks she should be. The meeting should be private instead of on national television because the guy could be a creep. Kaitlyn thinks if he was a creep, he would be texting Natalya instead of her.

Non-title again here. Daniel’s arm is taped up after the attack on Raw. Bryan starts with Rollins and fires off those hard kicks to the chest. Off to the surfboard with the double stomps to the back of Rollins’ legs to keep Seth down. Bryan cranks on the arm and drives some knees into Rollins’ ribs for extra damage. Rollins fights up and brings in Reigns to pound on Bryan in the corner. Reigns whips Rollins into Bryan for a splash and clotheslines Daniel down for two.

Roman hooks a headlock as Seth talks trash from the apron. Bryan fights up but is almost immediately stomped down in the corner to stop his momentum. Reigns misses a charge into the corner and it’s hot tag to Orton for some house cleaning. The Elevated DDT hits Rollins and Shield bails to the floor as we take a break. Back with Rollins taking Randy down before bringing Reigns back in for a chinlock.

Orton quickly fights up with a belly to back suplex but Rollins breaks up the tag to Bryan. Reigns is quickly back in but misses a charge into the corner, allowing for the hot tag to Bryan. Daniel comes in with a double dropkick off the top before kicking both guys in the chest for two. Reigns is sent to the floor and Bryan backflips over Rollins to hit a German suplex.

Shield heads to the floor and the FLYING GOAT takes them both down. Back in and the flying headbutt gets two on Seth. The RKO takes Reigns down but Bryan accidentally dropkicks Orton in the corner. There’s the NO Lock on Rollins but Ambrose runs in for the DQ at 12:30.

Kane b. Ryback via DQ when Ryback powerbombed Kane through a table 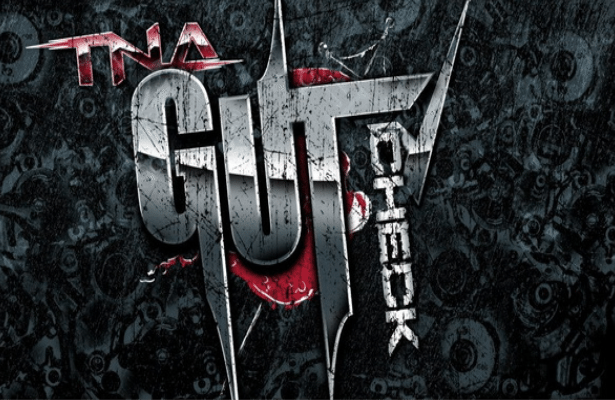 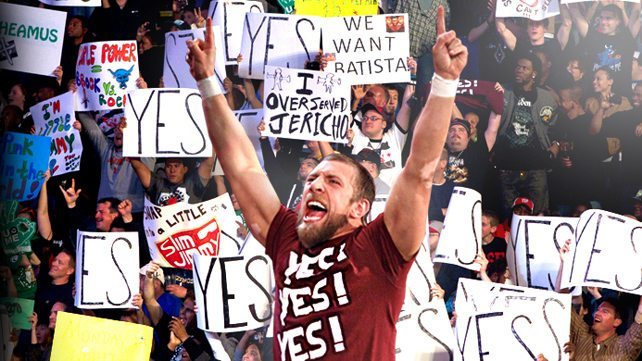