It can happen to anyone. The Coronavirus has changed the way a lot of people live and that is going to be the case for a good while to come. While things have been getting a bit better due to the availability of vaccines, there are still thousands of cases every single day. Some of these have likely impacted the wrestling world, and now we know for sure that one of them has.

SmackDown broadcaster Pat McAfee has announced that he has tested positive for the Coronavirus. McAfee said that he is fully vaccinated but he will be staying home for awhile. There is no word on who will be taking his spot on the SmackDown announce team or if anyone else in WWE has tested positive. McAfee called Summerslam with Michael Cole on Sunday.

It’s miserable but thankful that my wife and the boys at the office all took tests and they are all negative..

This is obviously a sign from the universe, probably telling me that I stink & to stay home for a while.

McAfee has been a breath of fresh air on SmackDown. Check out how he has done in WWE and NXT: 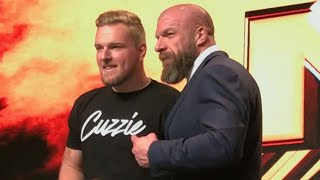 What the first day at WWE is like: Mind of McAfee 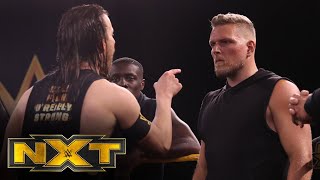 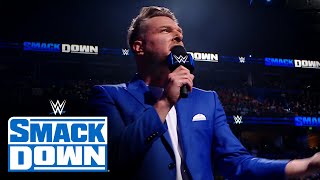 Opinion: What matters most here is McAfee’s health, as this is nothing to mess around with at all. Hopefully he is back to normal sooner than later, because it is quite the situation to be in. At the same time, McAfee has been great on SmackDown and has been one of the most entertaining commentators the company has had in a long time. It will hurt the show to have him gone, but this is something more important than wrestling.

What do you think of McAfee’s time on SmackDown? Who should take his place? Let us know in the comments below.

Get The Paperwork Ready: WWE Making Effort To Re-Sign Star