It’s the first show under the new Wild Card Rule, which basically means the Brand Split is done. The official rule is that four names from the other show can come over, but the real question is how many of those people will actually show up. Since WWE couldn’t actually manage to get the rule straight last night for more than about an hour at a time, odds are it’s going to be changed around here as well. Let’s get to it.

Here’s Monday Night Raw’s AJ Styles to open things up. Phillips: “AJ Styles could be the first Wild Card Rule name showing up!” AJ is glad to be back and explains the Wild Card Rule again, saying he’s here because he was brave enough and fast enough. This brings out Sami Zayn (who was crushed in a garbage truck last night) to insult the Kentucky Fried Hillbillies and call AJ out for his toxic ego which has spiraled out of control.

AJ makes fun of Sami for smelling bad from the trashcan, suggesting that Sami take a shower. This brings out Kofi Kingston and Xavier Woods, who say that Kofi is champ now so AJ shouldn’t be so worried about Smackdown anymore. AJ is just returning the favor from last night when Kofi came over to Raw. Kofi gets in his face and asks what AJ is going to do about things but Sami cuts them off, saying that this shouldn’t happen.

The truth is that the people aren’t happy for Kofi, who is now caught up in trying to make the fans happy by throwing out title matches. Besides, if anyone should be getting the title match, it’s Sami himself. Kofi asks about the smell as well so the fans tell Sami to take a shower. Anyway, Kofi put the title on the line last night because he’s a fighting champion and he’ll defend the title against either of them tonight. Not that it matters which one though, because he’ll remain champion.

Kevin Owens is in his car and says that since it’s his birthday, he’s going home instead of dealing with horrible Kentucky people. He’ll win the title from Kofi at Money in the Bank.

The triple threat title match is official for tonight.

We get a video from Ali, who is looking up at a street light. The light seems far away but it shows you the path that you can take. At Money in the Bank, the briefcase will look far away too but he’ll follow the path to it and get his opportunity back.

On the way to the ring, Zelina Vega says that unlike the Kentucky Derby, there is one thoroughbred in the Money in the Bank ladder match and it’s Andrade. Speaking of Andrade, he promises to win the briefcase and beat Ali tonight. Andrade takes him into the corner to start but gets sent outside. Ali’s springboard off the barricade is broken up by a Zelina distraction and Andrade knocks him down onto the barricade. Back from a break with Ali hitting a super Spanish Fly…and getting jumped by Randy Orton for the DQ at 5:00.

Result: Ali b. Andrade via DQ when Randy Orton interfered (5:00)

Post match Ali and Andrade double team Orton but it’s a pop up RKO to Ali and an RKO out of the air to Andrade.

We look back at Shane McMahon and Elias attacking Roman Reigns last night.

We get a long video on Reigns, starting back in 2010 in the Leakee days and moving into the Shield Era, followed by his singles success. Then he got sick again and had to go away, but now he’s back and wants another shot.

Here’s Shane McMahon to deal with the Tag Team Title situation. Before the announcement though, Shane promises to win the cage match at Money in the Bank and be deemed Best in the World again. As for the titles, there is a team that deserves the titles more than anyone else and here they are.

Cue Daniel Bryan and Rowan but before they can claim the titles though, here are the Usos, who say Roman Reigns gave them permission to show up whenever they like. Oh and the Wild Card Rule of course. The Usos talk about all the teams that earned the titles, including Shane at one point. Now Shane is just going to hand them over to Spongebob and Patrick? They want the titles on the line right now and the match is on.

Actually hang on a second as we get a promo from Finn Balor. He’s in Ireland but thinking about winning Money in the Bank so he can be Finn Two Belts.

The titles are vacant coming in. Bryan works on Jey’s arm to start but it’s quickly off to Jimmy for a forearm in the corner. Rowan comes in for a hard slam and splash for two on Jimmy as the twins are in trouble for a change. We hit the double arm crank with Bryan stepping through and driving Jimmy’s head into the mat.

Rowan’s neck crank has Jimmy’s eyes bugging out and a running crossbody has the rest of him hurting as we take a break. Back with Bryan kicking away at Jimmy but missing the big kick. Jey comes in off the blind tag and superkicks Bryan for two but the LeBell Lock has him in trouble. The hold is broken up with a roll out though and another superkick drops Bryan again.

Everything breaks down and the Usos double superkick Rowan down, followed by a suicide dive to Bryan. The Superfly Splash gets two on Rowan in a good near fall. The Double Us is broken up so the Usos settle for double suicide dives….which are caught by Rowan. That means a running knee to Jimmy and a throw into the barricade to Jey. Back in and a pair of superkicks rock Rowan and Bryan, but Rowan is fine enough to hit the claw slam for the pin at 12:37.

Back from a break and Shane is still here, now with the Money in the Bank briefcases next to him. He has an announcement to make about the ladder matches but here’s Miz through the crowd (#5 from Raw) for the beatdown. The B Team makes the save though and Shane gets in a chair shot to leave Miz laying.

Rowan and Bryan are in the back when they run into Heavy Machinery, who congratulate the new champs and stare at the titles.

Carmella hits a very spinning headscissors on Sonya to start but a Mandy distraction lets Sonya get in a spear for two. Moon comes in and snaps off her kicks as everything breaks down. An enziguri sends Sonya to the floor for a suicide dive but Mandy is right back with the lifting sitout Pedigree to finish Moon at 2:19.

Matt Hardy promises that Jeff Hardy will be back better than ever but here’s R-Truth to tell Matt something. Truth can’t remember it though, until Matt brings up Lars Sullivan. That’s why Truth forgot: he didn’t want to talk about him. Truth has never fought anyone like Sullivan…and he’s right behind them. Matt gets thrown into a door and Truth gets powerbombed through a table.

Aleister Black talks about dealing with the sins of the father and the mother. They left marks on you, along with the marks you leave on yourselves. He is your absolution and salvation, but he needs to apologize to his opponents for his need to prevail at their expense.

Kofi is defending and the fans tell Sami to take a shower. Sami gets knocked down to start and it’s an early middle rope Vader Bomb for two. AJ hits a gutbuster on Kofi and chops at Sami in the corner but Kofi is back with a rollup for two. With AJ staggered, Kofi goes up for the top rope splash to the back and the referee makes sure to check on him. A pair of clotheslines drop Sami and Kofi adds his jumping chop to Styles. There’s the Boom Drop to keep Styles down but Sami breaks up Trouble in Paradise.

We take a break and come back with Kofi chopping his way up but getting powerbombed by Sami. AJ comes back in and hammers on Sami in the corner until a rake to the face slows him down. The tornado DDT gives Sami two of his own and a heck of a top rope superplex gets the same on the champ. AJ catches Sami on top with a hurricanrana and a fireman’s carry backbreaker drops Kofi again. The moonsault DDT looks to drop Sami but Kofi grabs the SOS on AJ, who reverse DDTs Sami at the same time.

Post match Kofi promises to retain the title at Money in the Bank because Owens isn’t in his head. 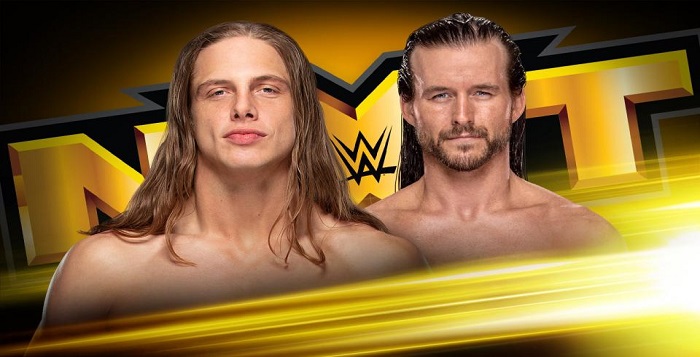