Now this could be interesting, and by interesting I mean a show that is going to be nothing more than a commercial for next Friday. Therefore, I’m not sure how many angles you would want to set up as next week is going to be the big introduction. In other words, this could see some culminations, but it could also see a bunch of standing around while we wait for the show that matters next week. Let’s get to it.

We open with a recap of Erick Rowan turning on Daniel Bryan for suggesting that they were equals. Last week, Luke Harper and Rowan beat down Bryan and Roman Reigns.

Here is Rowan for an opening chat. Rowan calls that recap a thing of brilliance before explaining that the crowd sees him as less than human. Now though, might makes right so Reigns and Bryan know that he’s right. That’s why everyone is afraid, so here’s Bryan to quite the positive crowd reaction. Bryan wastes no time and demands a fight right now. Here’s a referee and we’re on.

Bryan goes right for him to start but gets knocked outside for a crossbody. Back in and Rowan hits a spinning kick to the face and we take an early break. We come back with Bryan getting powerbombed into the post and having to dive back inside to beat the count. A dropkick to the leg takes Rowan down though and Bryan wraps the knee around the post a few times.

Another dropkick sends the knee into the post but Rowan is fine enough to catch him in something close to a Jackhammer for two. The bearhug works on Bryan’s back and a jackknife gets two more. We take another break and come back again with Bryan reversing a powerbomb attempt into a sunset flip for two and sending Bryan outside. The suicide dive is blocked so Bryan posts him instead, setting up the missile dropkick to the back.

It’s full on face mode Bryan as he kicks away to the shoulder and the big one actually connects to the head for once….and one. The Iron Claw is countered into a guillotine choke and then the LeBell Lock draws in Luke Harper for the distraction. Bryan dives onto him as well but Harper pops up, allowing Rowan to pull Bryan over the top with the Iron Claw, but Bryan’s foot gets tied in the rope for one of those accidents you can only get in wrestling. Everyone gets together to get Bryan out of the ropes so another Iron Claw can give Rowan the pin at 17:58.

Post match Harper and Rowan load up the table but it’s Roman Reigns coming out for the save. The brawl continues with Bryan getting back into it and hitting the running knee on Harper. Reigns spears Rowan down and the good guys stand tall. Bryan seems to have hurt his leg on the running knee but slaps Reigns’ hand away as he tries to offer some help. Bryan grabs a mic and issues the challenge for the tag match, presumably for next week. The fans give that quite the YES.

We get another sitdown interview with Michael Cole talking to Kofi Kingston. After explaining how to put your hips into his name, Kofi talks about how you can’t really train for Lesnar. He’s beaten a bunch of the best in WWE already though and he can beat Lesnar too. Kofi is glad to be at the forefront of the move to FOX and is ready to defeat Lesnar and retain the title.

Here’s Chad Gable for a chat. Yeah he lost in the King of the Ring finals, but he’s not done fighting. Cue Mike Kanellis, who isn’t here to cut him short. He’s here to prove to his wife that size does matter.

Gable suplexes him to start and hits Rolling Chaos Theory to set up the ankle lock for the tap at 23 seconds.

Post match here’s Elias on screen to say hey shorty. Gable has inspired him to write a song about Gable being an underdog, who happens to be short.

We recap Carmella stealing the 24/7 Title from R-Truth.

The announcers thank USA for having them.

Banks works on Carmella’s arm to little effect to start and Graves gets distracted by Carmella dancing. Carmella gets sent to the floor and goes ribs first into the barricade so Bayley can yell at her about how she hasn’t changed. Back in and Carmella dives over for the tag to Charlotte so house can be cleaned. The Figure Four goes on but Banks makes the save with the Meteora. That’s fine with Charlotte, who hits an over the shoulder Stunner. The Figure Four is broken up again and Carmella tags herself back in for some superkicks. A headscissors is countered into a Bank Statement to make Carmella tap at 5:18.

Post match Truth has to carry Carmella to safety from the invading women’s locker room. Banks and Bayley keep up the beatdown but Becky Lynch makes the save.

Non-title. Ali starts fast by dropkicking Nakamura to the floor for a SCARY suicide dive, with Ali landing on top of his head. Thankfully he’s right back up and hits a high crossbody for two but Nakamura sends him head first into the post and we take a break. Back with Ali hitting a few kicks to the head, setting up the rolling X Factor. Ali dropkicks him down for two more but Nakamura is right back with the sliding German suplex.

Kinshasa is superkicked down for two and the reverse exploder is countered into a rollup for the same. The tornado DDT puts Nakamura down but Sami Zayn pulls him away from the 450. That’s fine with Ali, who dives over the referee to take Nakamura down. Ali makes the mistake of going after Sami though and runs into Kinshasa for the pin at 7:02.

We recap Kevin Owens getting fired and suing Shane McMahon as a result.

Big E./Xavier Woods vs. B Team

Axel dances at Woods to start and gets dropkicked in the face for his efforts. Some stomping in the corner works a bit better for Axel and we hit the chinlock. Dallas gets two off a DDT but it’s time for the B Train, with Big E. joining in. The distraction lets Big E. get the tag and the Midnight Hour is good for the pin at 2:30.

Post match Big E. goes over to celebrate with some San Francisco 49ers.

Mandy Rose is proud of being on the cover of Maxim Australia and hands out some magazines. Sonya Deville tells her to focus on their match. They run into Otis, who takes a selfie with Mandy and takes a magazine. Tucker comes up to ask what he’s doing but seems to approve of the magazine instead.

Oh hey the Warriors still exist. Mandy gives Graves an autographed copy of Maxim and he won’t let Saxton see it. Asuka kicks Sonya down but Sana comes in and gets knocked outside. That lets Mandy hold up the magazine, with Kairi kicking it away. Back in and Sane snaps off a headscissors to put Mandy in the corner but Sonya gets in a cheap shot. Sane is fine enough to get over for the hot tag to Asuka and house is cleaned in a hurry. The kick to the face gets two on Mandy as everything breaks down. Asuka drops Mandy with another kick and the Insane Elbow is good for the pin at 4:18.

Here are Shane McMahon and a bunch of lawyers to deal with Kevin Owens’ lawsuit. Now, Shane can fight this in court and use his resources to ruin Owens’ life. Or Owens can drop the lawsuit and be reinstated, with Shane getting rid of the $100,000 fine as well. Shane offers him a handshake but Owens calls him an idiot.

The idea of the lawsuit makes him sick because Owens wants Shane out of the locker room period. That’s what everyone has wanted for so long: seeing Shane get fired. Owens wants one final match: career vs. career and let’s make it a ladder match. For some reason Shane’s mic is cut off but he says you’re on. No date is given.

We cut to the back for a very last second Becky interview, where she says she’s ready for Sasha in the Cell. Sasha comes up from behind and sends Becky face first into a conveniently placed piece of cage, which she then rams into Becky’s ribs to end the show. 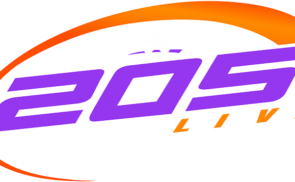