It’s a special event, and given the subject matter it is likely to be a VERY special event. This week marks 25 years since HHH made his WWE debut and they are going all out to celebrate it. You know WWE isn’t going to have to be asked twice to do something like this so let’s get to it.

The opening video looks at HHH and promises a big celebration.

Here’s New Day to open things up with their championship celebration. Kofi tells the people to clap but Big E. points out the lack of people here. Instead Big E. says the girls are back around their waists but Kofi says we’re not getting into those details. They have more title reigns than various great teams, with Big E. saying that it’s more than Tom Brady. Big E.: “It’s a new day in Tampa!”

After Kofi is calmed down, here is Lucha House Party to say that’s impressive but they want their own shot. Cue Miz and John Morrison with Miz ranting about how New Day makes the titles look like jokes and Morrison saying New Day has never beaten them in a regular match. Gran Metalik rants in Spanish so Miz asks Morrison what he said (Miz: “You wrestled in Mexico.”).

After a debate over a translation, here are the Forgotten Sons to interrupt. They talk about representing their country while Miz just pretended to be a Marine. The three of them have a special set of skills and you never know when they’re going to strike. The fight is on and the Sons stand tall while Miz and Morrison leave.

We look at HHH’s rookie year in WWE.

Daniel Bryan is here with Gulak. Corbin throws Gulak over the top to start and gets slugged down for his efforts. A dropkick to the knee and a kick to the face put Corbin on the floor for a change. There’s a baseball slide to put Corbin into the announcers’ table, followed by a dropkick over it as we take a break.

Back with Corbin hitting a hard clothesline for two and a belly to back drop is good for the same. Corbin’s chokeslam is countered into a sunset flip for another two so Corbin bails to the floor. That’s fine with Gulak, who dragon screw legwhips him into the steps. A top rope clothesline gives Gulak two more but here are Shinsuke Nakamura and Cesaro to go after Bryan. Gulak makes the save but gets posted by Corbin, setting up End of Days for the pin at 9:36.

Post match Cesaro and Nakamura hold Gulak so Corbin can hit him with the scepter.

The announcers talk about Rob Gronkowski rejoining the NFL. Don’t worry: he WILL be defending the 24/7 Title.

We look at Kofi Kingston backdropping Seth Rollins onto the bridged ladder at Money in the Bank 2014.

The not too bright Vidot charges at him and gets forearmed down over and over. The Brogue Kick finishes Vidot at 55 seconds.

We get the third part of the Jeff Hardy video. His daughters turned him around and he never wants them to see him like that. He named his daughter after his mother and we see a shot of him standing at his mother’s grave. We see the Hardys’ return at Wrestlemania XXXIII and how happy Jeff was with everything. Part four next week.

Dorado chops Miz to start and gets knocked down with a single shop. Miz turns him inside out off another chop and it’s off to Morrison for a right hand into a slingshot elbow. A running knee to the face drops Dorado again and Miz gets in some left hands. Miz’s kick to the head sets up Morrison’s running shooting star press for two.

Dorado hits a springboard Stunner to drop Morrison and it’s off to Metalik….who gets kicked in the face by Miz. It doesn’t seem to matter though as he kicks Miz right back, only to have his moonsault hit raised boots. The Skull Crushing Finale is loaded up but Metalik reverses into a rollup for the pin at 7:56.

Bayley is here too. Banks knocks her to the floor to start and hits a forearm for an early two, followed by some double knees to the arm for the same. The arm is wrapped around the rope but Lacey pops out of the corner with a running clothesline. The slingshot Bronco Buster doesn’t work as the arm gives out though and Sasha posts the arm hard.

Banks’ Meteora gives her two but Evans sends her into the middle buckle. Evans sends her face first into the post over and over, but Banks is still fine enough to kick her in the arm. The Banks Statement is broken up and the Woman’s Right gets two as Bayley puts the foot on the rope. There’s a rollup to Evans but the referee is with Bayley so there’s no count. Another Woman’s Right gives Evans the pin at 5:32.

We get a long video on the history between Braun Strowman and Bray Wyatt. Bray had introduced Strowman as part of the Wyatt Family, with Strowman called the Black Sheep. Then Strowman was off on his own and eventually became the Universal Champion five years later. Strowman wanted to forget his time with the Wyatt Family but Bray, now with the Firefly Fun House, wanted the title. They’re fight at Money in the Bank.

Carmella is warming up when Dana Brooke pops in to rib her about having a Money in the Bank qualifying match next week. They can win everything though.

Carmella and Brooke are challenging. It’s a brawl to start with everyone heading to the floor and Brooke being the only one left standing as we take a break. Back with Carmella cleaning house and Cross having to make a quick save. Cross comes in but Carmella slips out of the Purge. That just earns her an elevated Downward Spiral (3D into a Downward Spiral) to retain the titles at 6:16.

Here’s HHH for his big celebration and they’ve got a LONG time for this. HHH talks about how hard it is to believe that it’s been twenty five years….and here’s Shawn Michaels to interrupt. Shawn talks about how awesome this is and he has two words for you: “Social distancing buddy! Don’t touch!”. He’s sent out hundreds of invitations to HHH’s friends and family and they’re all here.

After we look at the empty arena, Shawn talks about how they’ve been friends for the entire twenty five years. He has some nice memories of his own twenty fifth anniversary celebration on Smackdown and HHH can’t even pick his favorite moment from that night. HHH can’t believe Shawn didn’t have his own celebration and promises heads will roll when he gets back into the office. Anyway, Shawn talks about how much money they were when they were in DX (ignore the fact that Shawn and HHH’s DX didn’t beat Nitro once of course) and we get get a blooper reel of DX moments. HHH: “Almost in one take.”

Shawn says his Wrestlemania career pales in comparison to what HHH did at Wrestlemania and we see a look at HHH’s Wrestlemania losses. Shawn: “You weren’t that good.” HHH: “How many losses did you have at Wrestlemania?” Shawn: “This isn’t about me.” After some more platitudes, Shawn gets to Stephanie No Fun, who calls HHH. Stephanie: “I’m watching your twenty fifth anniversary celebration.”

After more talking in a way NO ONE WOULD EVER USE IN REAL LIFE, Stephanie says to tell that lazy eyed….and the call ends. Shawn brings up Ric Flair, who calls in as well to praise HHH and his family. Flair: “Don’t let Shawn superkick you at the end of the segment.” Flair starts to cry to end the call, calls back, and cries some more as we take a break.

Back with Road Dogg on the phone saying HHH got a haircut but needs a bigger one. He finds out that he’s on live TV and gets out in a hurry. Shawn says they need to wrap this up but HHH says he called the bosses at Fox and says they can have all night. Shawn: “Good. We haven’t even gotten to the Katie Vick segment yet.” With that mind blowing line out of the way, here’s Vince McMahon himself for a big moment.

Vince goes into a story about seeing HHH wrestle for the first time. It was like the buildup to the egg hatching at Survivor Series 1990 and then it was such a big disaster. Vince then explains the Katie Vick story (without every detail of course) and the Bayley: This Is Your Life segment, which wasn’t a good idea but it wasn’t Bayley’s fault (Vince’s words).

Anyway, Vince loves him but this was a horrible way to go out. As HHH would say, it was ROTTEN. Vince: “If you haven’t put everybody to sleep by now, I’ll say goodnight.” The lights go out to end the show and some crickets chirp. Shawn: “Story of your career buddy. Story of your career.” 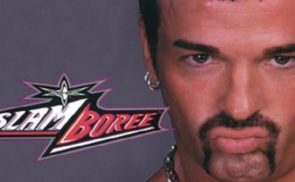